Tomorrow (September 30) marks the official release of the the much-anticipated new IN THIS MOMENT album, "The Dream". The initial reactions to the new effort have been phenomenal and this stellar press campaign is being spearheaded by Revolver, which is featuring Maria Brink (vocals) as the cover feature for its December 2008 issue. This is the publication's Halloween edition, which features Brink like you've never seen her before. The eye-popping cover shot for this issue, which hits stands on October 21, can be viewed below.

Commented guitarist Chris Howorth: "We just left for the start of our first tour since February and it feels great to get back out on the road. Over the course of the last six months we've recorded our second album, shot a video and spent time with our families and friends, now it's time to get back on the road and play music every night. We have a half dozen headline shows on our way out to meet up with our tour mates FIVE FINGER DEATH PUNCH and BURY YOUR DEAD in St. Louis, it's like the first day of school when all the bands get together for the first day of a tour, fun stuff. This tour is gonna be great because all the venues are top notch, tickets are selling and we get to see our fans and make new ones, its going to be awesome.

“We will be playing a big set of new and old songs so everyone can get their fix. Our new album, 'The Dream', is coming out tomorrow and we are super-excited about it. This disc is such a huge step for us, musically we took our sound to the next level focusing on each song individually and making it the best it could be, with a strong emphasis on melody, while still keeping our heavy edge. We felt a really strong chemistry with our producer Kevin Churko, and honestly the whole time making this thing we all had the feeling that we were making something extra special, we were in the moment (no pun intended). We hope our fans like what we've created and can't wait for everyone else to hear it too."

IN THIS MOMENT's two-month tour with FIVE FINGER DEATH PUNCH, BURY YOUR DEAD and ANOTHER BLACK DAY, which kicks off on October 4, features the band in the direct-support slot so fans can expect a 45-minute set.

Woozyfly.com has posted video footage (see below) of IN THIS MOMENT's performance at the listening party for "The Dream", which took place last month in New York.

IN THIS MOMENT's video for the band's new single, "Forever", was directed and shot in Los Angeles, California by David Brodsky (THE BLACK DAHLIA MURDER, WHITECHAPEL, OPIATE FOR THE MASSES) of MyGoodEye. Some pictures from the video shoot can be found at this location.

"Forever" is the first single off "The Dream", which is scheduled for release on September 30 via Century Media Records. The CD was recorded at a Las Vegas studio with producer Kevin Churko (OZZY OSBOURNE, SHANIA TWAIN) and "showcases the band's songwriting prowess and [singer Maria] Brink's beautiful, angelic voice that is simply captivating," according to a press release.

IN THIS MOMENT is represented by Mercenary Management, which is headed up by OZZY OSBOURNE/ex-ROB ZOMBIE bassist Rob "Blasko" Nicholson. 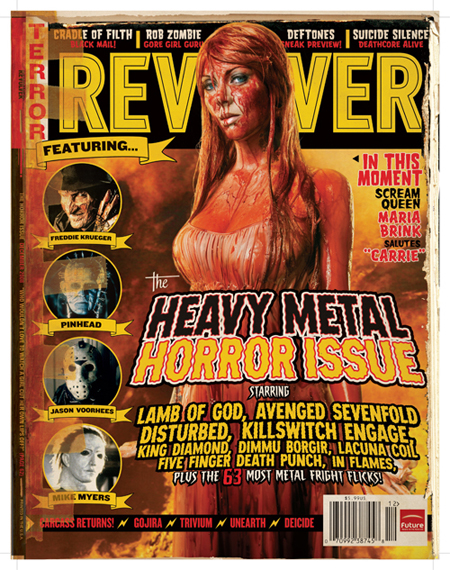