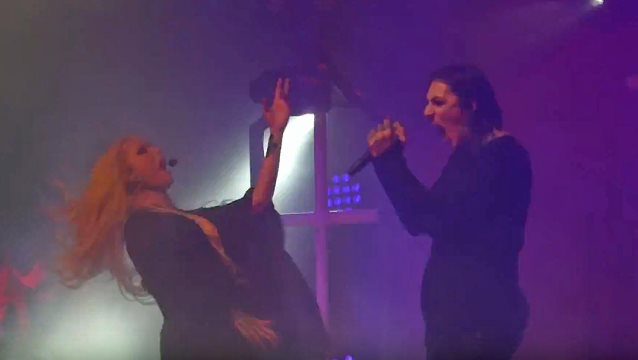 IN THIS MOMENT was joined by MOTIONLESS IN WHITE singer Chris "Motionless" Cerulli for a performance of the Maria Brink-fronted outfit's new song "Black Wedding" on July 3 at Freedom Hall / Lancaster Convention Center in Lancaster, Pennsylvania. You can watch fan-filmed video footage of the collaboration below.

"Black Wedding" is taken from IN THIS MOMENT's new album, "Ritual", which will be released on July 21. The group's sixth studio effort was produced by longtime collaborator — and multiple Grammy Award nominee — Kevin Churko (FIVE FINGER DEATH PUNCH, OZZY OSBOURNE) and will be made available by Atlantic Records in partnership with Roadrunner Records.

The studio recording of "Black Wedding" sees Brink sharing the mic with legendary JUDAS PRIEST frontman Rob Halford. Another highlight is a dramatic reimagination of the Phil Collins classic "In The Air Tonight".

"It's like we're going into the next realm," said Brink about the upcoming album. "I had a conviction of feeling empowered in my life and with myself. I always write from a personal place, and I needed to share that sense of strength. I've never been afraid to hold back. Sometimes I can be very suggestive. However, I wanted to show our fans that this is the most powerful side of myself and it's without overt sexuality. It's that deeper serious fire inside of my heart."

"When fans hear this, I want them to feel the music, whether they take away sadness, anger, or happiness," added lead guitarist Chris Howorth. "As a kid, I remember listening to records and putting them on repeat over and over again. I'd love for the world to listen and absorb this as a piece of work." 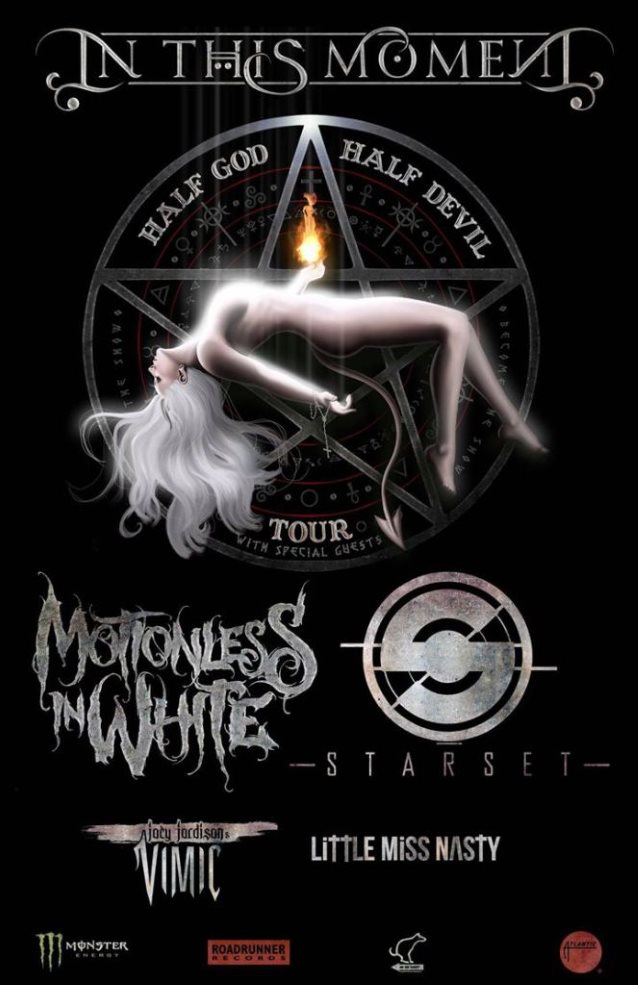