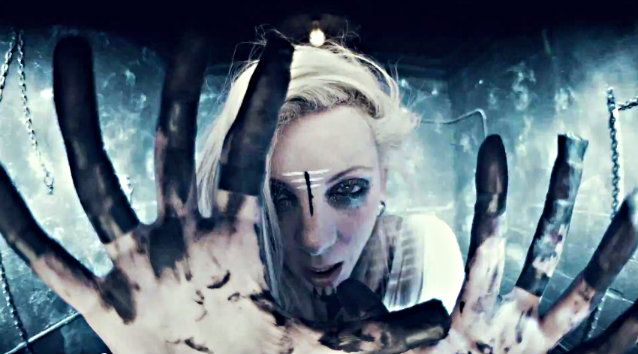 "Big Bad Wolf", the new video from IN THIS MOMENT, can be seen below. The song is taken from the band's fifth studio album, "Black Widow", which sold around 36,000 copies in the United States in its first week of release to land at position No. 8 on The Billboard 200 chart. The CD arrived in stores on November 17.

The band is currently on tour and singer Maria Brink told The Pulse Of Radio that she can feel the excitement from fans about the new album. "We're definitely feeling it and I think that where we most see it is in the crowd response, you know," she said. "Where it used to just be like, you know, they'd clap and they're happy and that's it at the end of a song, where now it's like they're screaming, like, with everything that they have in them. And some people are crying and it's definitely like going to a brand new level for sure that we've never had before."