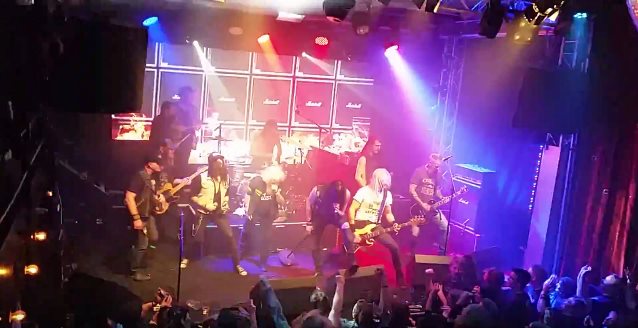 Björn Gelotte of IN FLAMES joined members of HARDCORE SUPERSTAR, TROUBLEMAKERS, SCUMBAG MILLIONAIRE, HONEYMOON DISEASE, CITY SAINTS, COFFE & SNOWY SHAW and SIPHON FUEL on stage last night (Wednesday, December 28) at Sticky Fingers in Gothenburg, Sweden to perform a cover version of the MOTÖRHEAD classic "Ace Of Spades" as a tribute to that band's iconic mainman Lemmy Kilmister. You can watch video footage of Gelotte's appearance below. 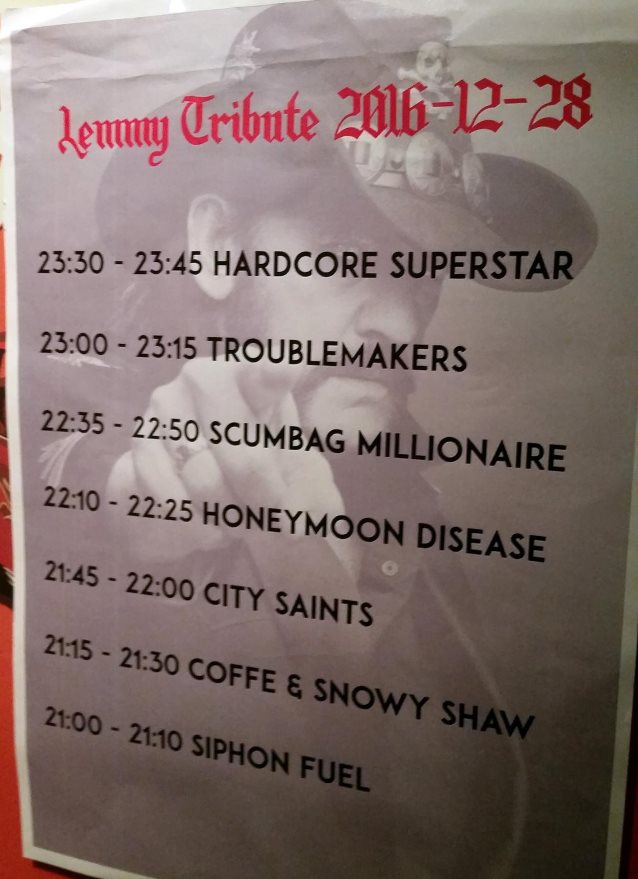