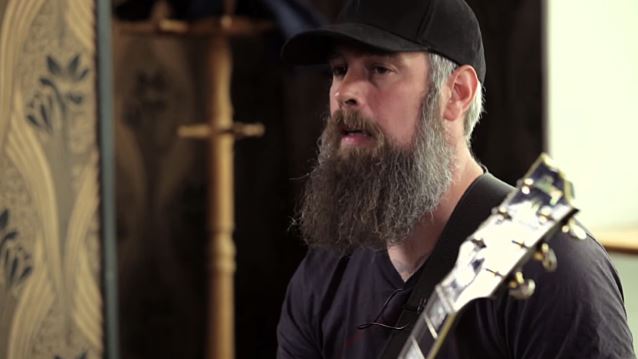 ARMI (Australian Rock & Metal Institute) conducted an interview with guitarist Björn Gelotte of Swedish metallers IN FLAMES during the band's November 2014 Australian tour with TRIVIUM. You can now listen to the chat in three parts below.

Asked about IN FLAMES' recent North American tour with fellow Swedes OPETH, Gelotte said: "OPETH is like a musician's band. It's like DREAM THEATER, but with way cooler vocals. I fucking love [DREAM THEATER singer] James LaBrie, but when it comes to this kind of music, [OPETH] actually have the death [vocals] and the clean singing and stuff like that. They do it really well, and [their music's] got a nice '70s vibe to it, which fits me very well. And it's a band I've known and I've listened to them for many, many years."

IN FLAMES' eleventh album, "Siren Charms", sold around 9,000 copies in the United States in its first week of release to debut at position No. 26 on The Billboard 200 chart. Released in the U.S. on September 9, 2014 via Sony/RED, the CD was recorded at Hansa Tonstudios (DAVID BOWIE, DEPECHE MODE, U2) in Berlin, Germany. The cover artwork was created by Blake Armstrong of Space Boy Comics.