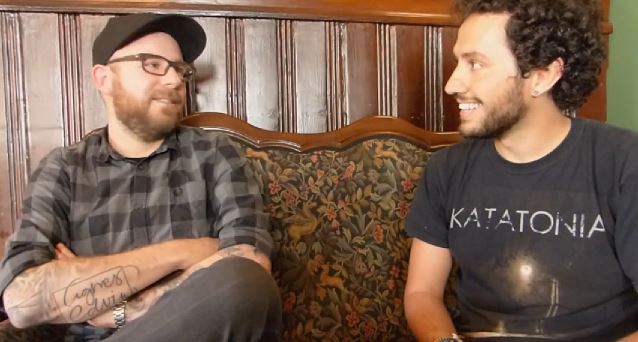 On June 3, Șadan Ekdemir of Eternal-Terror.com conducted an interview with vocalist Anders Fridén of Swedish metallers IN FLAMES. You can now watch the chat below.

In a recent interview with ARTISTdirect, guitarist Björn Gelotte said: "I think 'Through Oblivion' is really cool. It's something we didn't try before. It's a very simple song, but there are elements in it that make it really complex. That one is very fun. I think it's going to go over very well live. That's going to be interesting to see how it turns out."