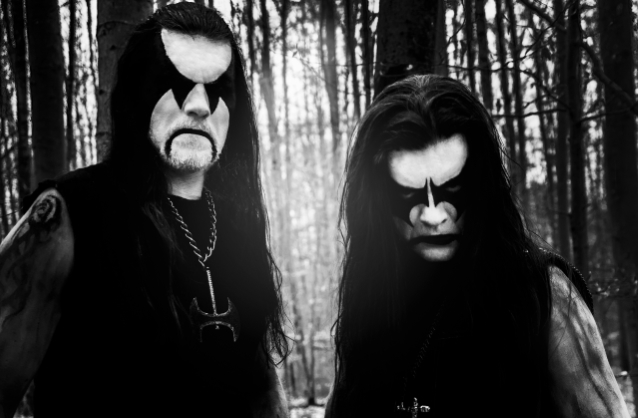 IMMORTAL members Harald "Demonaz" Nævdal and Reidar "Horgh" Horghagen are involved in a legal dispute over the rights to the band's name.

One of Norway's first and most successful black metal acts, IMMORTAL was formed by Demonaz and Olve "Abbath" Eikemo in 1990. Horgh joined the group in 1996. Six years ago, Abbath and the rest of the group went through a bitter breakup.

According to documents uncovered by Norway's VG, a new conflict has arisen between the two remaining IMMORTAL members, with Demonaz registering IMMORTAL with the Norwegian Patent Office as his exclusive trademark in July 2019. The registration was approved, and he was therefore given the exclusive right to use the band name commercially. However, Horgh chose to appeal the registration, and the matter was ruled in his favor, meaning that Demonaz no longer has the exclusive right to the IMMORTAL name.

Horgh told VG that he had no advance knowledge of the registration made by Demonaz.

"It could never have occurred to me to register the trademark by myself, as Nævdal has done here, but I have found myself having to fight to keep the rights I have earned through a long career in this band," he said. "It is, and after all has been for many years, a large part of my livelihood."

Demonaz told VG that he disagrees with the decision, pointing out that he is "the band's only remaining original member. I am also the only one who has been on all of the band's releases," he said.

The Norwegian Patent Office ruled that the rights to the IMMORTAL name belong to the band as a whole, and not to the individual members.

"We have jointly as a band built up the trademark IMMORTAL, and it is therefore right that the trademark should be a joint ownership," Horgh said.

The drummer went on to say that he is hopeful IMMORTAL can perform live again.

"It has been my goal all the way, and I know that this is something IMMORTAL fans want and have been waiting for a long time," he said. "I hope in the long run that we can manage to put these disagreements behind us, and again look ahead as a band."

"I got a text from Horgh saying it was great that I got sober," he said. "Harald and I haven't spoken at all. But there's no evil blood or bitterness on my part anymore. I realize that I was a part of the problem. Things are great for me now. But am I open to an IMMORTAL reunion? Yes, of course. But it has to be something special. I just wish we could sit down and have a talk about things when it all went to hell, instead of involving lawyers."

Abbath used to be married to Demonaz's sister, and they share a son, Torbjørn.

Abbath is now the frontman of his namesake band, which released its second album, "Outstrider", in July 2019 via Season Of Mist.