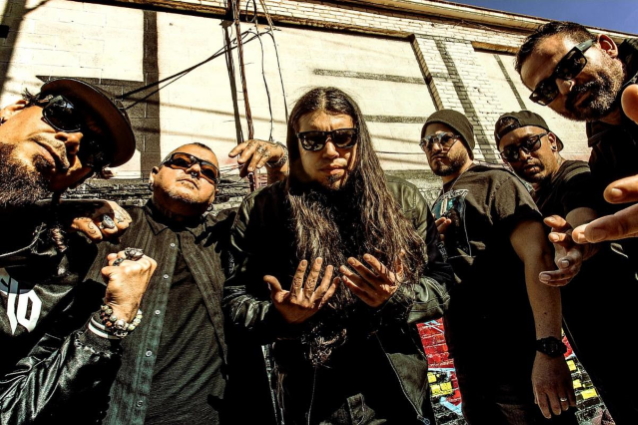 ILL NIÑO will bring a dose of Latin metal to Texas this summer with the "Ill Texas Familia" tour, also featuring UPON A BURNING BODY (El Paso only), KING 810, INCITE, EVOLUTION EMPIRE and BORN IN BLOOD.

"I'm psyched for ILL NIÑO to be returning to live music," says founding member Dave Chavarri. "Playing live for me is my lifeline, and the only thing that keeps me sane. Our team is in the process of booking some amazing tours for the remainder of 2021, and 2022. We've missed you all, see you all on the road."

ILL NIÑO's new LP will mark the band's first release since the departure of vocalist Cristian Machado, lead guitarist Ahrue "Luster" Ilustre and rhythm guitarist Diego Verduzco. Machado, Ilustre and Verduzco, along with Chavarri and Pina, announced in March 2020 that they had "reached a mutual, amicable and binding agreement" that will allow Chavarri and Pina to continue with ILL NIÑO while Machado, Verduzco and Ilustre will move on with new projects. According to a joint statement release by the five musicians, "No party has admitted fault and there has been no court judgment on the merits. The parties entered into a confidential settlement agreement."

During a November 2020 Facebook Live chat with The New York Hardcore Chronicles, Chavarri stated about ILL NIÑO's recent lineup changes: "When all this went down, Laz and I had taken the high road and been classy about it and not really spoken out. We think it's weak to go out there and badmouth somebody and spread half-truths and play the victim and try to get attention. That's not what we wanna do. We wanna keep it positive. The band is doing better than ever. We have a full album that's recorded. We're in the process of mixing right now. We're shooting multiple videos from the new album. We're shopping a deal. We have about three to four label deals that our lawyer is actually going through at the moment."

Regarding ILL NIÑO's new members, Dave said: "We were very fortunate to get the best guys in the band. We've got Marcos Leal, who also sings for a band called SHATTERED SUN. A great kid, man. Fucking hungry as fuck to get shit done. But very, very on top of his game. He's a fucking star from beginning to end. But the best part of it all is that he's such an easy guy to work with. He's so into the music, and he's so passionate about the business, and that's half the fucking battle. When you lose your passion… I can't work with people that aren't passionate about what they do anymore, and that was one of the biggest reasons for the lineup change. We've got Jes DeHoyos on lead guitar, who also plays in another band called SONS OF TEXAS, and Sal Dominguez, who used to be in UPON A BURNING BODY. We had the pleasure of hanging out with him on Mayhem festival when we toured with those guys, and it was fucking hilarious. We had a lot of fun with those guys. We love UPON A BURNING BODY — a great fucking band. And we revamped the lineup, man. This is the new lineup."

He continued: "The one thing about this lineup is that we're here to elevate each other. We're not here to put each other down or point fingers. This band elevates each other. Every single member in this band is so important to the puzzle right now, because we all feed off each other. We all speak on a daily basis. I talk to every bandmember practically every single day, and that's something that was missing — the disconnection that I had with the last lineup. It was a disconnection that actually started about seven years ago, and it just got progressively worse.

"Listen, sometimes you have to go through shit like that to be able to step into a positive light and into a better situation," Chavarri added. "And that's the way life is, right? It throws you some fucking fucked up shit along the way so you can come out and blast it off with what you've got going on now."

Machado recently confirmed that he is working with Ilustre and Verduzco on a new project. The as-yet-unnamed group has already completed an album's worth of material for a tentative 2021 release. 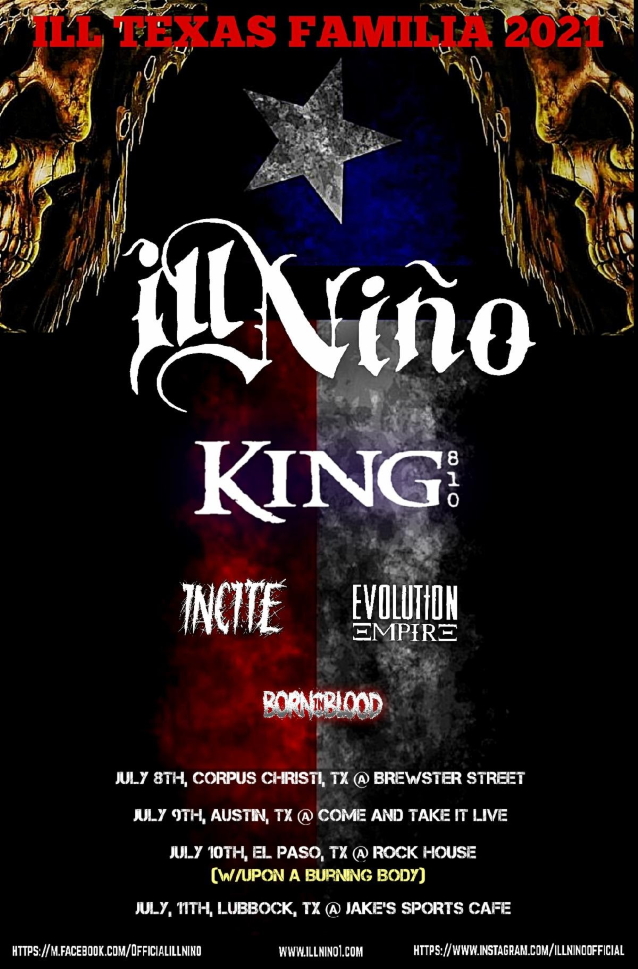