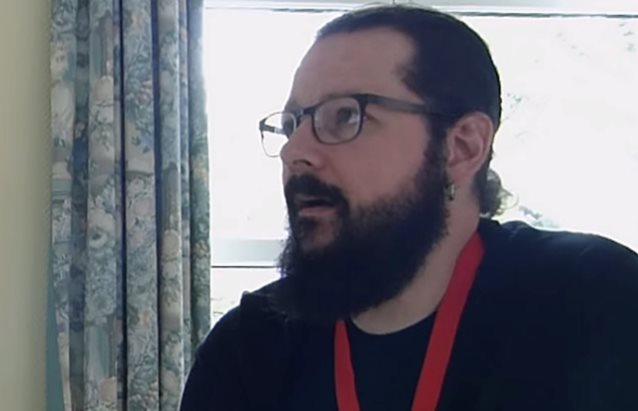 Ihsahn spoke about his upcoming CD during an interview with Eternal Terror conducted at last month's Tons Of Rock festival in Halden, Norway. He said: "I would say in 95 percent of cases, [when I am working on a new album] it's all fresh [ideas that I end up using]. This time, it's a bit diferent. There are a few themes from my upcoming album that were, not leftovers, but things that I wrote in the period when I did [2013's] 'Das Seelenbrechen', but that did not fit into that album, but that I, in my mind, [thought] 'This wil fit better in the next one.' Because the previous album was such a, kind of, different type of album."

Released in October 2013, "Das Seelenbrechen" was described in a press release as "a bold and adventurous recording that is a musical contrast to the progressive shades and saxophone augmentations of the EMPEROR vocalist/guitarist's previous two albums (2009's 'After' and 2011's 'Eremita'). The album exists in an entirely unfamiliar sonic world as Ihsahn draws upon his most esoteric influences, fully embracing the spirit of the avant-garde. Comprising ten vivid but disparate explorations in sound that range from bittersweet electronica to deranged and feral improvisation, 'Das Seelenbrechen' is every bit as dark and destructive as the artist's previous work but is far more disorientating and disturbing than anything he has attempted in his past."