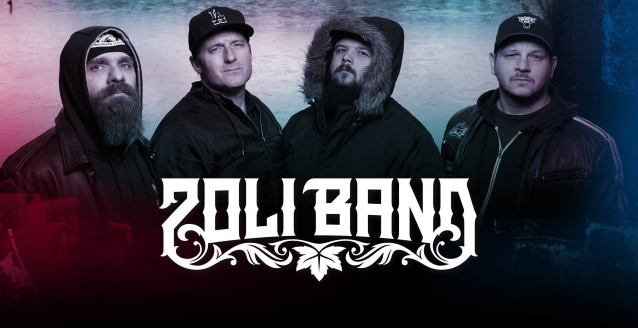 "Santa Monica" is the second full-length album from ZOLI BAND, the group fronted by Zoli Téglás of IGNITE. The disc is out now via Edge Records and 56 November Records, and can be streamed online on most popular platforms (Spotify, Tidal, Apple Music, Google Play, Deezer, Amazon) and can be ordered online via Metalshop.hu. The video clip for the first single, "Budapest My Love", will be released later in the month.

After being on hiatus for the last couple of years to focus on his main band and his acting career, Téglás gathered musicians and poured fresh blood into his newly reformed solo project, ZOLI BAND, to record a follow-up to 2010's "Red & Blue". According to Zoli, "Santa Monica" was heavily influenced by bands like ALICE IN CHAINS, STONE SOUR, RIVAL SONS and SCORPIONS, with a more mature rock sound infused by the characteristic, melodic, and dynamic vocal range of Téglás.

"Santa Monica" was mixed and mastered by producer Frank Gryner (ROB ZOMBIE, A PERFECT CIRCLE, TOMMY LEE, ANDREW W.K.) and features 12 new songs, including a cover of "There Is A Light That Never Goes Out" by THE SMITHS. It was written and recorded by an entirely new lineup for the band, consisting of well-known Hungarian musicians recruited by Zoli. Songs like "Dead Dog", "Death Or Liberty", and "A Separate Place" also feature lyrics and songwriting by Nik Hill (ex-IGNITE), Randy Bradbury (PENNYWISE) and Michael A. Magrann (of the Los Angeles punk rock heroes CH 3). Zoli sings one song in Hungarian, performing his own version of famous Hungarian poet Sándor Petőfi's poem in the album's final song "Kocsmárosné".

"I think this album will grow on people the more they listen to it," says Zoli. "I know in my heart that there are songs on this album that will become the soundtracks to many people’s lives. It's some of the best music I've ever worked on, with some of the greatest musicians I've ever had the honor to work with. Musically, this album is also a tribute to the music that I was listening to when we were younger, like ALICE IN CHAINS, SCORPIONS or IRON MAIDEN. I see a tendency of clean, melodic singing disappearing from rock and metal music, and that's what I'd like to bring back with this classic-yet-modern sounding album and band."

ZOLI BAND embarks on a short European tour supporting the new album this month, with plans to return to the United States later this year, and for a world tour through 2019-2020.

Téglás was born in Los Angeles, California and has been the frontman of the melodic punk/hardcore band IGNITE since 1994. In 2000, he toured with the legendary MISFITS and joined PENNYWISE in 2010. He stayed with the latter group for five years, and appeared on PENNYWISE's "All Or Nothing" album. 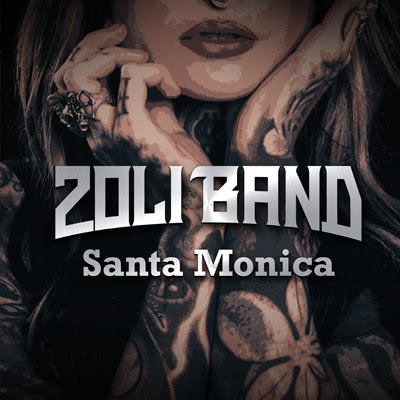