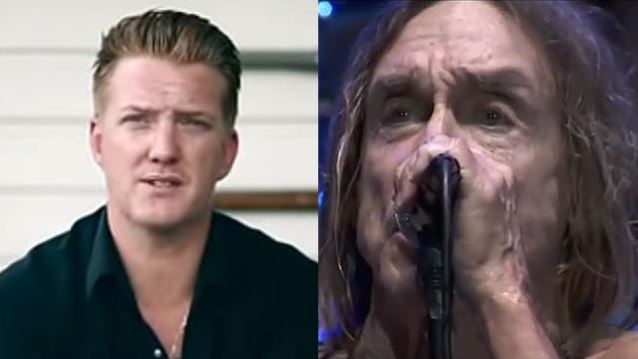 Homme told The New York Times that the project began with a text message from Pop. "It basically said, 'Hey, it would be great if we got together and maybe write something sometime,'" said Homme.

"We paid for whatever ourselves," Pop told The New York Times. "But it was made to be heard — not to be some quirky thing that we did with our own money…"

"He is the last one of the one-of-a-kinds," Homme said of Pop. "This is a much-deserved victory lap for a man who's not sure if he won. But he did. He may have tunneled underground for lots of that, but he still got to the destination."

Pop and Homme's new project will make its debut on "The Late Show With Stephen Colbert" Thursday night.