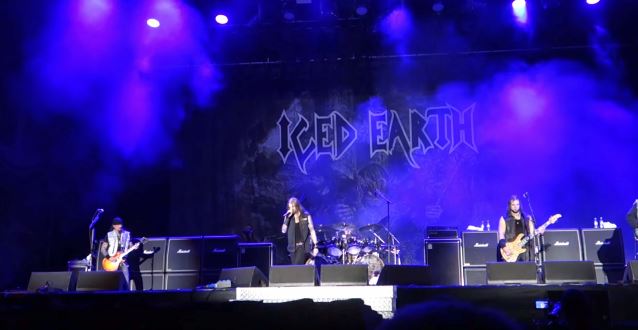 Fan-filmed video footage of ICED EARTH's July 16 performance at the Bang Your Head!!! festival in Balingen, Germany can be seen below.

ICED EARTH fans can expect the next album, tentatively titled "The Judas Goat", to be released in 2017.

Schaffer stated about the band's new material: "The creative direction of the new album is rife with intense and heavy emotions, as one would expect from an ICED EARTH record, as well as a wide variety of lyrical inspirations and themes.

"I am 100 percent confident that the bond our band has forged in these last several years will shine through in the music. It's a brotherhood in every way, and the fans will feel that.

"I couldn't be more proud of these guys and everything we've achieved together.'

Longtime ICED EARTH drummer Brent Smedley has returned to the band for the current recording and touring cycle. Smedley had to step down due to personal family reasons in 2013 shortly before the recording of "Plagues Of Babylon". 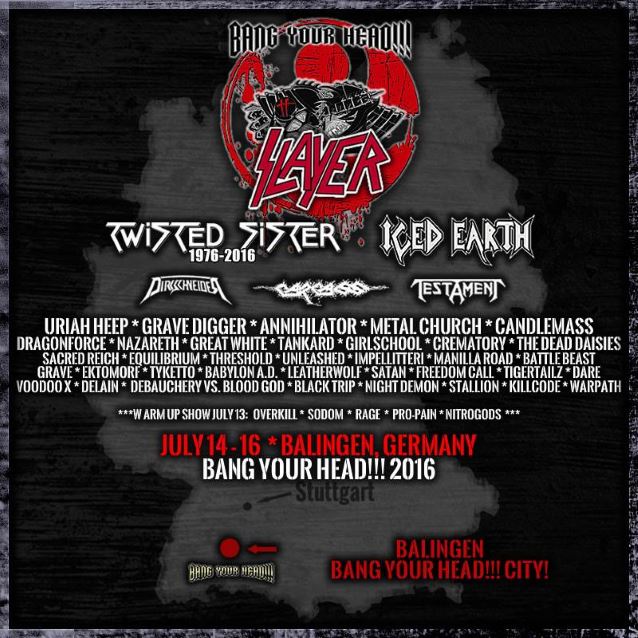