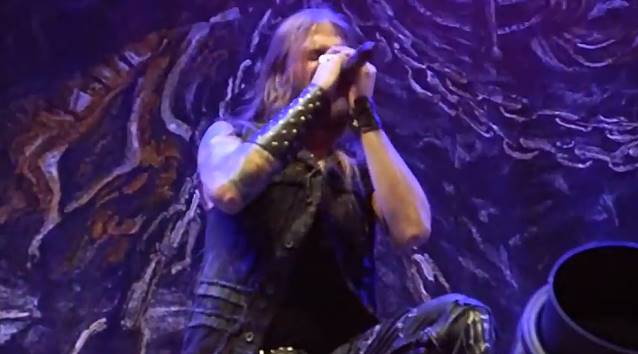 Fan-filmed video footage of ICED EARTH's November 12 performance at Lanxess Arena in Cologne, Germany as the support act for VOLBEAT can be seen below.

For the remainder of ICED EARTH's European tour with VOLBEAT, Jon Dette (SLAYER, TESTAMENT, ANTHRAX) is sitting behind the drums, taking over for Raphael Saini, who filled in during the summer festivals, the recording of ICED EARTH's new album, and the club leg of the VOLBEAT tour.

Dette made his live debut with ICED EARTH on November 6 at O2 World in Berlin, Germany.

Commented ICED EARTH: "Raphael came in and helped us out of a tight spot this summer with a full schedule of festivals, a new album to finish, and no room for diversion on the schedule. He came in and delivered and we are very grateful for that. We wish him all the best for his future endeavours."