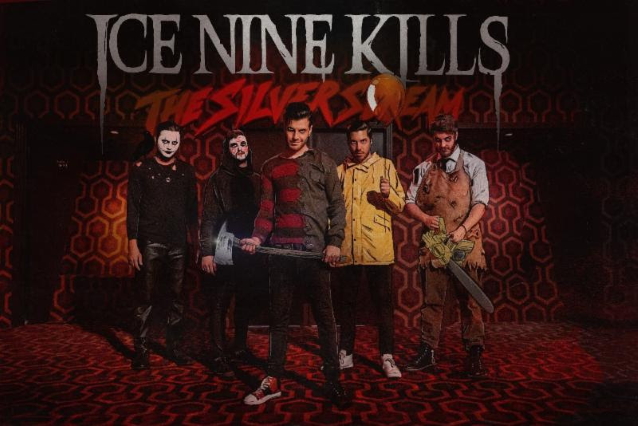 Boston horror-inspired metal group ICE NINE KILLS will embark on "The Octane Accelerator Tour" in the fall. Support on the trek will come from FIT FOR A KING, LIGHT THE TORCH, MAKE THEM SUFFER and AWAKE AT LAST. The U.S. tour will kick off on October 29 in Cleveland, Ohio at House of Blues, hitting major cities cross-country before wrapping in New York City on December 1 at Webster Hall. General admission tickets will go on sale this Friday, August 9 at 10:00 a.m. local time at www.iceninekills.com. SiriusXM subscribers will have access to purchase presale tickets on Thursday, August 8.

"'The Octane Accelerator Tour' will carve itself into the soul of America this fall, and it won't be pretty," declared ICE NINE KILLS vocalist Spencer Charnas. "With these five bands on the loose I fear for the safety of our country."

SiriusXM's Octane channel is committed to finding and exposing the new artists pushing the sound of hard rock music forward. "Octane Accelerators" is a feature that introduces North America to new artists that have Octane's stamp of approval. SiriusXM's Octane was the first in the world to play ICE NINE KILLS' "A Grave Mistake" on September 14, 2018 and was named an "Octane Accelerator" a week later. Additionally, SiriusXM selected ICE NINE KILLS as a "Future Five" artist of 2019. The "Future Five" for 2019 consists of five new artists that SiriusXM predicts will break through in 2019.

"ICE NINE KILLS immediately connected with the Octane listeners. Spending nine months on the Big Uns countdown and five weeks at #1," says SiriusXM Octane program director Vincent Usuriello, "We are excited to team up with ICE NINE KILLS on this tour to continue to connect the Octane nation with the emerging hard rock bands they discover on Octane."

With over 80,000 copies sold, ICE NINE KILLS' critically acclaimed fifth album "The Silver Scream" (via Fearless Records) has marked itself into the band's history with their first-ever Top 10 Active Mainstream Rock Radio single, "A Grave Mistake", which peaked at No. 9 for over three weeks. The album also debuted on several of Billboard's Top 10 sales charts and has seen the band extensively touring across North America and Europe with mostly sold-out headlining shows and a successful direct support run with FALLING IN REVERSE and NEW YEARS DAY.

Lyrically and thematically focused on iconic horror movies that Charnas grew up with, "The Silver Scream" was partially recorded at famous filming locations of classic horror movies and includes notable horror genre figures as guests including Sam Kubrick, grandson of Stanley Kubrick, and Chelsea Talmadge ("Stranger Things"). The band further elaborate on this influence with their vaudevillian-esque stage show and dress as classic horror movie characters along with short skits dispersed throughout their set featuring costumed characters.

ICE NINE KILLS created its own mini-horror series that coincides with each of the album's singles and, starring Charnas, injects its own narrative into the famous movies the bandmembers pay homage to. 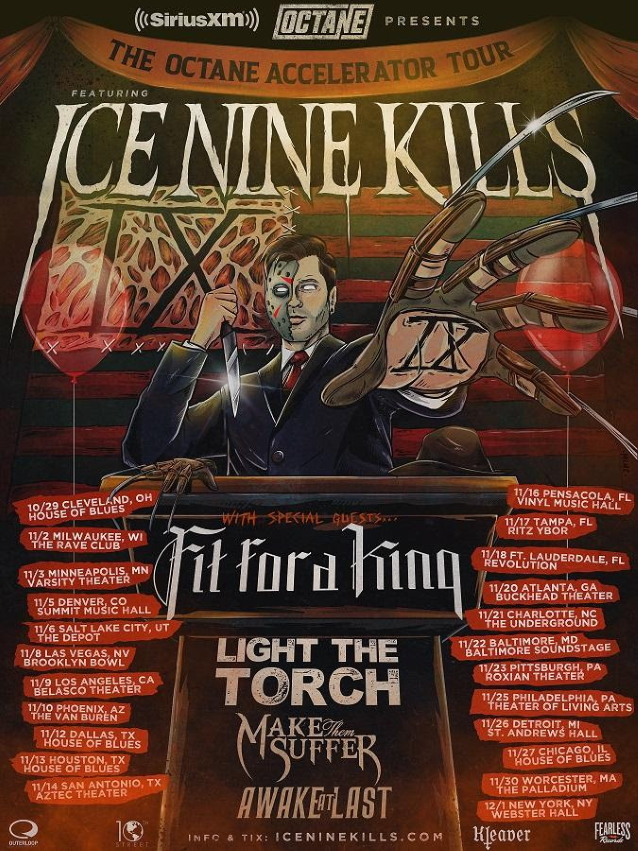