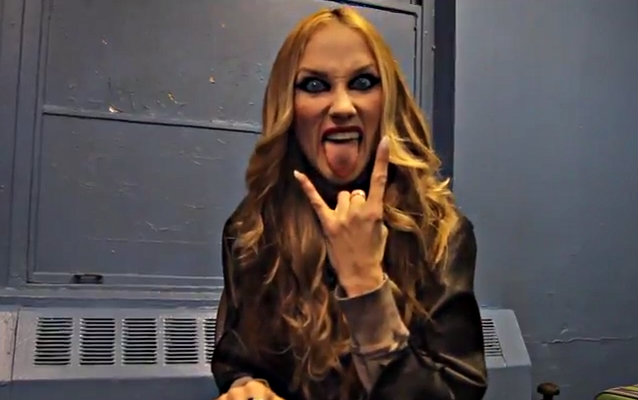 NextMosh.com conducted an interview with singer Jill Janus of the Los Angeles-based, occult-themed traditional heavy metal band HUNTRESS on October 25 at Roseland Ballroom in New York City. You can now watch the chat below.