"My beloved Hamburg [Germany], tonight for the very first time got a brutal case of food poisoning. I suspect a lamb chop.

"I display my humility and honesty for your viewing. (See photo below)

"This is the reality of tour life. And those socks!

"Will someone help me out and get this sick bitch some decent socks?

"The fans who came to see HUNTRESS tonight [as the support act for LAMB OF GOD], please know how much I LOVE YOU. I might barf all night, but I'm thinking of you inside my porcelain throne.

"Anyone who attended the show at the Rock Cafe tonight, e-mail me at [email protected] and I will write you a personal note + send you a HUNTRESS patch.

"Now, back to the puke party." 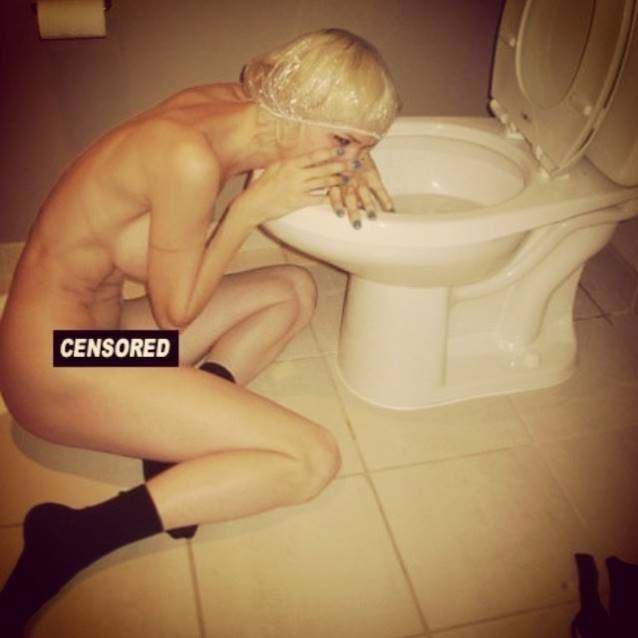