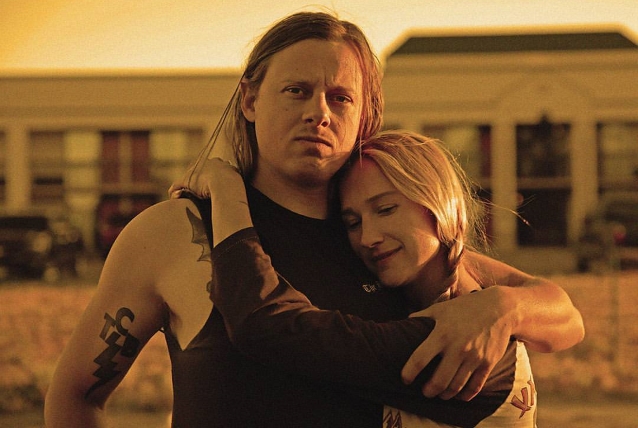 HUNTRESS guitarist Blake Meahl has paid tribute to his girlfriend and bandmate Jill Janus, saying that knowing he will never see her again is "the most gutting emotion" he has ever experienced.

Janus, who was also the vocalist for female metal/hard rock cover bands THE STARBREAKERS and CHELSEA GIRLS, passed away on Tuesday, August 14. A longtime sufferer of mental illness, she took her own life outside of Portland, Oregon.

Earlier today, Blake took to his Facebook page to write: "I dont do much posting of things, and to post on something so personal and painful is extra strange but it feels necessary.

"Jill Janus and I spent nine years together creating a home, having a family and building our passion project HUNTRESS. The devastation of knowing I will never see her again is the most gutting emotion I have ever experienced.

"Baby, I hope you have found the peace that you couldn't find on this planet. I miss you so much and will always carry a piece of you in my heart. See you on Aldebaran."

I dont do much posting of things, and to post on something so personal and painful is extra strange but it feels...