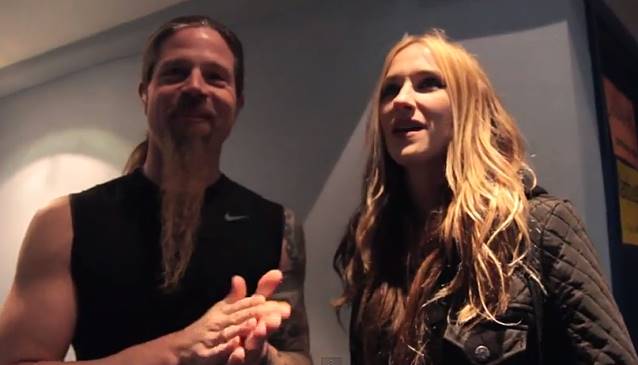 Los Angeles-based, occult-themed traditional heavy metal band HUNTRESS has uploaded behind-the-scenes footage from the U.K. leg of its recent European tour with LAMB OF GOD. Check it out below.

"Starbound Beast" includes the track "I Want to Fuck You to Death", which was co-written for HUNTRESS singer Jill Janus by legendary MOTÖRHEAD frontman Lemmy Kilmister.