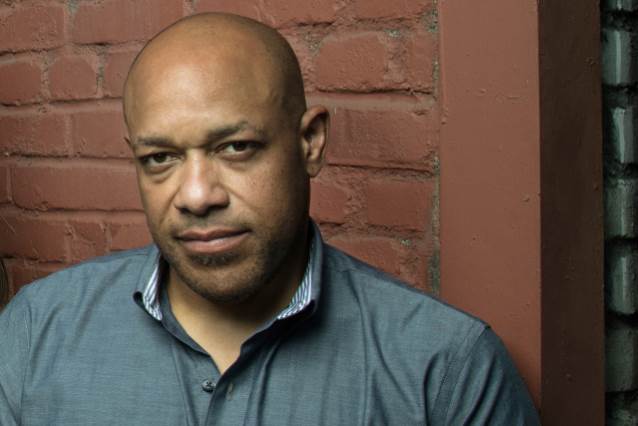 Alex Haber of Heavy New York conducted an interview with LIGHT THE TORCH (formerly DEVIL YOU KNOW) frontman Howard Jones (ex-KILLSWITCH ENGAGE) prior to the band's first-ever show on July 9 at Saint Vitus in Brooklyn, New York. You can watch the entire chat below. A few excerpts follow (transcribed by BLABBERMOUTH.NET).

On whether LIGHT THE TORCH's new "Revival" studio album is meant to be the actual follow-up to DEVIL YOU KNOW's 2015 "They Bleed Red" album or something entirely new:

Howard: "It really is a different thing. I mean, once we had to get rid of the trademark and all that good stuff, it had to be different for us. We just kind of had to leave it behind. There's just a lot of…if you don't know what happened with LIGHT THE TORCH and DEVIL YOU KNOW, it's online. It takes too long to explain. But, we wanted to do something different and figured, 'Okay, why not? I'll just add more melody.' Plus, every band I've been in, I think, has sounded a little different. For me, it was just kind of a natural progression, I guess."

On LIGHT THE TORCH's sound and songwriting process:

Howard: "Honestly, we didn't think it through that much. It's more of like, 'Let's just write.' So, we just started writing. The first album, it's kind of a hodgepodge. There's just different-sounding songs all over the place. Really, we were just getting to know each other and also just, writing, because this was a different sort of project. So, it was evolving. DEVIL YOU KNOW was evolving and probably becoming a lot heavier or something. I don't know what we were doing. It just kind of came to a halt. This just kind of became a project where we wanted to just express what we had been through in the span of about two years. That's all we were thinking. We didn't want to blend styles; we just wanted to write and throw out what exactly we felt."

On the timing of the release of "Revival":

Howard: "Things just kind of worked out the way they did. Honestly, we just put our heads down and started writing and then things just progressed to where this is now. I can't really explain it. For me, I just fell back in love with music again because it has been a struggle for so long. We went through so much together. We had a great time writing and recording this album, so, here we are."

On his approach to the various bands he's been a part of as well as his guest appearances:

Howard: "I think each song calls for a different approach. Yeah, I try to write for whatever the project is and that's kind of the fun of songwriting and doing co-writes. I just enjoy different, just trying different things and for me, it's just a lot of fun. It was like that writing with Jamey [Jasta, HATEBREED] for Dee Snider's album ['For The Love Of Metal'], trying to get into Dee's headspace and write like that. It was a lot of fun. Writing with CROBOT; just a fantastic band. Just the music and the voice, just fantastic. Writing with them — I just enjoy it. As I said, I just kind of fell in love with this again. Getting to do different styles helps."

On whether he needs to hear music before writing lyrics:

Howard: "That's a good question. I write every day, just so that my mind stays in that headspace. But sometimes I write and there's no song or anything and then sometimes I'll get music and something will hit. Each song is different; you just never know. There's songs that come that fast and it's, like, 'Wow, it's done.' And there are others that will drag out for a month. Those songs are just… those aren't fun. They aren't fun."

On whether fans have ever provided a different interpretation of his lyrics than he originally intended:

Howard: "Oh yeah. That happens pretty often. There's definitely songs that from KILLSWITCH and DEVIL YOU KNOW and LIGHT THE TORCH that people have thought it's about one thing — it's not. But, that's okay. I like songs to be open to interpretation. There are some songs that are just blunt and you know what I'm talking about. Then there are songs that have room for thought, interpretation, if you feel some way about it, that's cool. I've always been like that. With certain bands, if I don't really know exactly what they're songs are about, I don't want to know because in my head, I've got one idea and if I'm wrong, I might be bummed. [Laughs] So, I'm cool with not knowing and that's a legitimate answer right there."

On what made him get back into music after leaving KILLSWITCH ENGAGE in 2012:

Howard: "Honestly, I think it was because I was just kind of tired of doing nothing and I don't do much else other than music. I felt like I needed to venture out because I was basically agoraphobic for three years. It's kind of well known. I went off the grid. I didn't have a cell phone for three years — I was gone. It felt, like, 'Okay, maybe I should dip my toe in. I don't have to do it full time. I don't have to do what I don't want to do.' That's all I was thinking. I started moving, I started doing things. It was definitely a struggle, especially for the first few years. I was, like, 'What am I doing?' There's been few things in my life that has been consistent other than music. I just did it. It just took some time, then all of the sudden, the spark showed up. I fell back in love with what I was doing. I really can't explain it. It just sort of happened."

"Revival" was released in March via Nuclear Blast Entertainment.

In addition to Jones and guitarist Francesco Artusato, LIGHT THE TORCH features bassist Ryan Wombacher (BLEEDING THROUGH). For "Revival", they were joined by EXTINCTION A.D. drummer Mike "Scuzz" Sciulara. 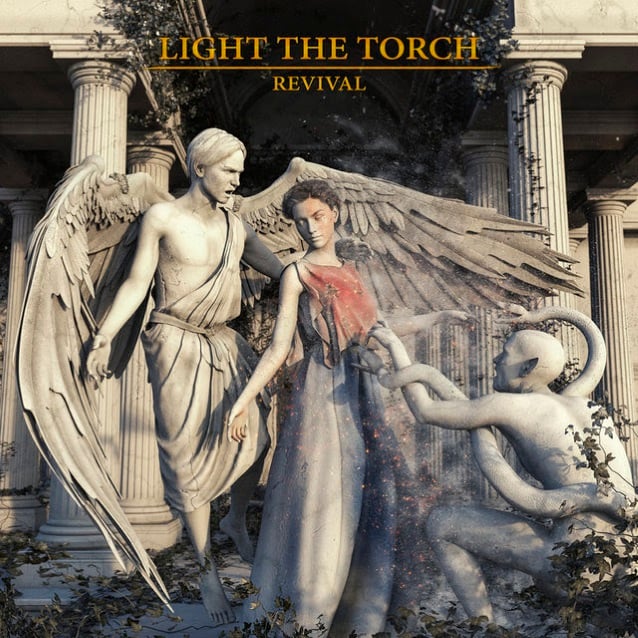