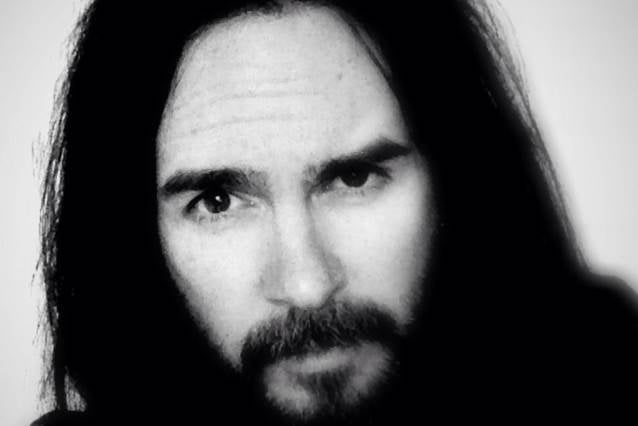 OZZY OSBOURNE bassist Rob "Blasko" Nicholson (pictured), who is also a successful artist manager, was asked during a recent appearance on "Jon's Untitled Podcast" how he would have handled — from a band-manager perspective — AS I LAY DYING's comeback after the band's lead vocalist, Tim Lambesis, served two years in prison for soliciting the murder of his wife.

"Look, to answer the question completely on the level and honestly, I wouldn't have been in that situation — just because I would have had to distance myself from it," Blasko said (hear audio below). "My values aren't aligned with that, and no matter how much you can have a sake of forgiveness for somebody, at the end of the day, this is business, and my business values don't align with that situation. I would not have found myself in a position to have to try and rebuild someone's career coming off of a situation like that. Unfortunately, I just don't have a specific answer of what I would have done — I wouldn't have done anything in that situation."

Blasko also spoke about the fact that AS I LAY DYING's longtime record label, Metal Blade, reissued some of the band's early albums on vinyl in January, possibly as a way to test the waters on AS I LAY DYING's commercial viability six years after the release of the group's latest record, "Awakened".

"Look, the people involved, they're involved on whatever level that they are, and I and I can't speak on it," he said. "[Metal Blade CEO Brian] Slagel's a good friend, and he's a business owner, so whatever he thought was the right thing to do for his business regarding an artist that he has signed to his label… I'm sure that he had some serious debates internally about what the right thing to do was, and he made his decisions and they did what they did. And that's on them — it's totally their decision. And I don't fault anybody for having to do whatever it is that they've gotta do that they feel is the right decision based on all their internal conversations, given the scope of the situation."