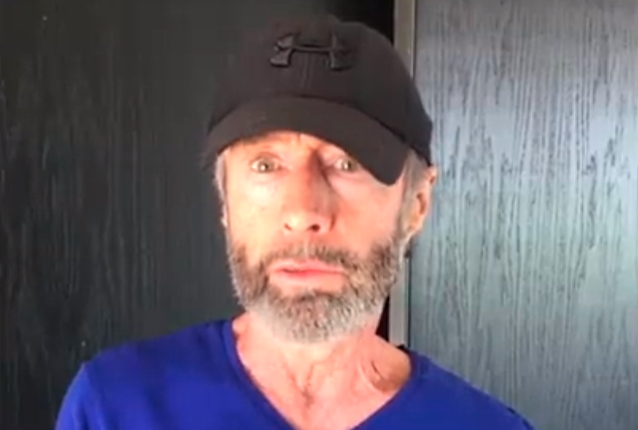 In the latest episode of "Ask Bad Company", BAD COMPANY frontman Paul Rodgers was asked what he does to keep his voice in such great shape after five decades. He responded (see video below): "It's something you live with, really. I do a lot of warming up before I go on stage. Actually, if I've got a heavy tour coming up — let's say BAD COMPANY or something like that — I'll warm up for weeks, maybe a month before. And I'll just do it very gently. And I just do that, really, until I feel stronger, and I do it more and more each day until I can get to full strength. And just warm it up. I drink a lot of ginger tea, 'cause I find that's really very helpful. It's healthy for the whole body, actually, as well. You just get ginger roots, peel it, stick it in a pan, boil it and put a couple of spoonfuls of honey in it. It's beautiful."

Last week, Rodgers, who has been a Canadian citizen for nearly a decade, took to his social media to confirm that he was "very much alive" after some fans apparently thought he had passed away. The confusion stemmed from the fact that Brian Howe, best known as the singer who replaced Rodgers in BAD COMPANY, died of a cardiac arrest on May 6.

As vocalist with FREE, BAD COMPANY and THE FIRM in the 1970s and 1980s, Rodgers reportedly sold more than 90 million records.

Watch the premiere of "Ask Bad Company - Episode 2", where the band answers fan's questions. If your question was picked congratulations and expect a gift in the mail from the band. You can submit questions to Simon, Mick or Paul along with your name and address to [email protected] We'll be answering more questions next week.