British heavy metal legends IRON MAIDEN will start selling their Trooper beer in a 500ml "Tall Boy" can in the U.S. this month.

Video footage and photos showing how Trooper is canned can be seen below.

MAIDEN singer Bruce Dickinson, who designed and developed the ale with Martyn Weeks, the chief brewer at Robinsons, told Manchester Evening News that cans have advantages over bottles.

"Firstly, cans are easier to recycle, require less packaging, get colder quicker and take up less space in your fridge," he said.

"Secondly, cans don't break or smash, meaning they can be taken to venues, sporting events, campgrounds, beaches, and music festivals, where glass is not typically allowed.

The Trooper beer was launched in May 2013 and has sold more 5 million pints, with almost half of it brewed for the export market (Trooper is currently distributed in 40 countries). 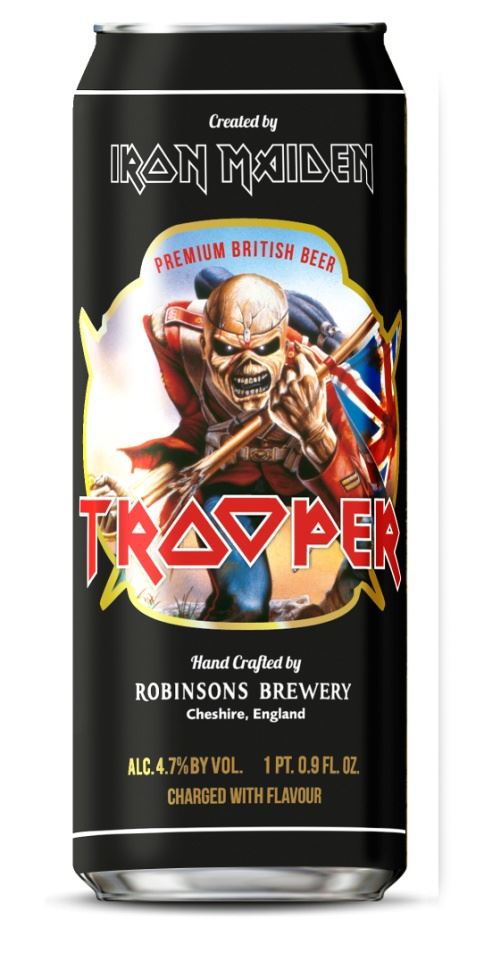