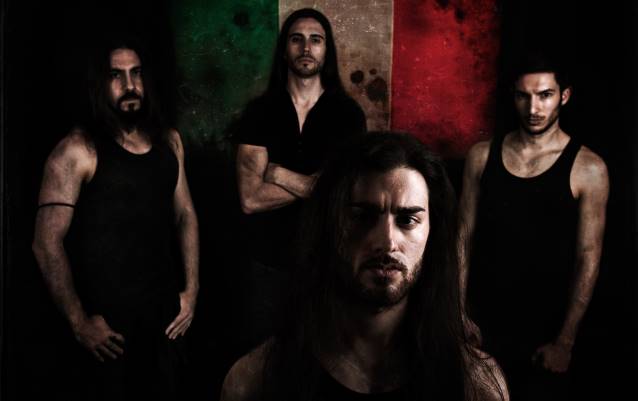 Italian death metallers HOUR OF PENANCE have set "Regicide" (a word defined as the act of the killing of a monarch) as the title of their new album, due on May 13 (one day earlier internationally) via Prosthetic Records.

Says HOUR OF PENANCE guitarist Paolo Pieri: "'Regicide' revolves around the themes of destruction and rebirth and the killing of the king — be he your own fears, prejudices or dogmas that you build inside yourself to cope with reality. Only by letting go of those illusions and tearing down the walls of ignorance and fear that society, religion and every form of dysfunctional authority you interjected during your life, can you start to rebuild your own path as a free man that has no need for a king."

HOUR OF PENANCE describes "Regicide" as "a bone-crushing feast for old and new fans...more varied and brutal than everything we've done so far."

HOUR OF PENANCE played its first show of 2014 at this past weekend's Trondheim Metal Fest in Norway. The band will also be seen at several European festivals throughout the spring, including Neurotic Deathfest.