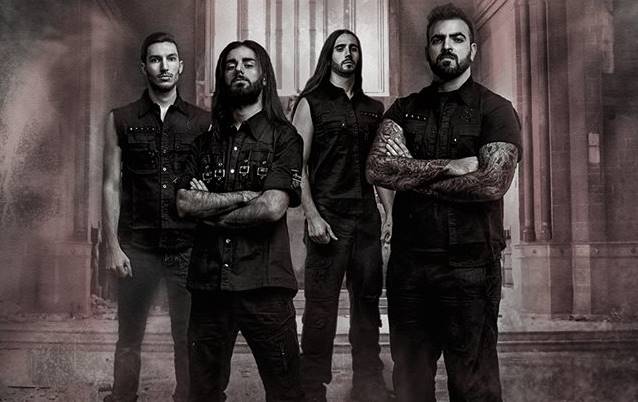 Italian death metallers HOUR OF PENANCE have unveiled a lyric video for "Resurgence Of The Empire", a new song from the group's upcoming album "Regicide". Check it out below.

Due May 13 in North America and May 12 in Europe, "Regicide" features cover artwork (seen below) by Gyula Havancsák (ANNIHILATOR, DESTRUCTION, GRAVE DIGGER) which, like the album, revolves around the themes of destruction, rebirth and the killing of the king. Recorded, mixed and mastered at Rome's 16th Cellar Studios (FLESHGOD APOCALYPSE), the CD is described by the band as "a bone-crushing feast for old and new fans...more varied and brutal than everything we've done so far."

Exclusive pre-order packages featuring "Regicide" on CD, cassette and LP paired with either a t-shirt or zip-up hoodie are currently available at this location. All physical and digital Bandcamp pre-orders will also receive an immediate download of "Resurgence of The Empire".

Says HOUR OF PENANCE guitarist Paolo Pieri: "'Regicide' revolves around the themes of destruction and rebirth and the killing of the king — be he your own fears, prejudices or dogmas that you build inside yourself to cope with reality. Only by letting go of those illusions and tearing down the walls of ignorance and fear that society, religion and every form of dysfunctional authority you interjected during your life, can you start to rebuild your own path as a free man that has no need for a king."

01. The Uncorrupted Ones
02. Frail As The Flesh Of Christ
03. Monarch of Heresy

HOUR OF PENANCE played its first show of 2014 at this month's Trondheim Metal Fest in Norway. The band will also be seen at several European festivals throughout the spring, including Neurotic Deathfest. 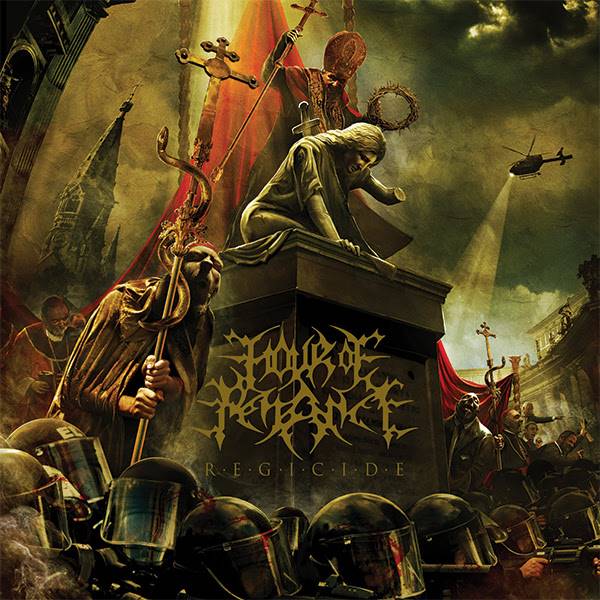