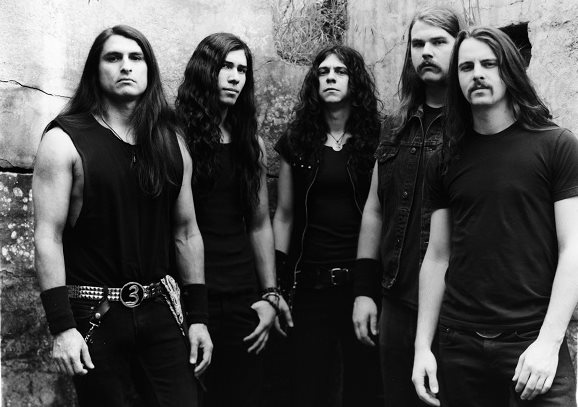 Featuring a blistering dual lead guitar attack and powerful vocals by James Paul Luna, HOLY GRAIL burst onto the scene in 2009 with its debut EP, "Improper Burial", which led Metal Hammer to call the group "one of the most promising traditionally-inclined metal bands to emerge from the U.S. in the past decade." It was quickly followed by "Crisis In Utopia", which Revolver called "a nearly flawless full-length debut that ecstatically revives undiluted, straight-up metal in all its gauntlet-clad glory" and named one of the 20 best albums of 2010.

Last month, HOLY GRAIL triumphantly returned to the stage with a live performance at the Honda Center in Anaheim, California during the home opener of the L.A. Kiss arena football team. The band expects to announce summer tour dates in the coming weeks.