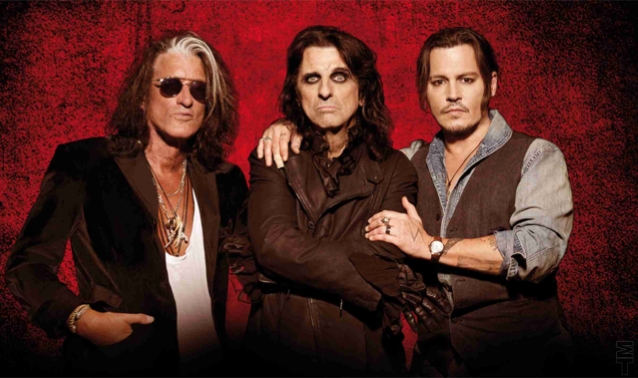 According to AZCentral.com, HOLLYWOOD VAMPIRES — the supergroup featuring international film star and musician Johnny Depp alongside Alice Cooper and AEROSMITH's Joe Perry — will headline the 17th annual Christmas Pudding concert on Saturday, December 8 at the Celebrity Theatre in Phoenix, Arizona.

More guests will be announced soon.

HOLLYWOOD VAMPIRES is reportedly working on its second studio album for a 2019 release. The effort will be drastically different from the band's 2015 debut, which was comprised mostly of covers.