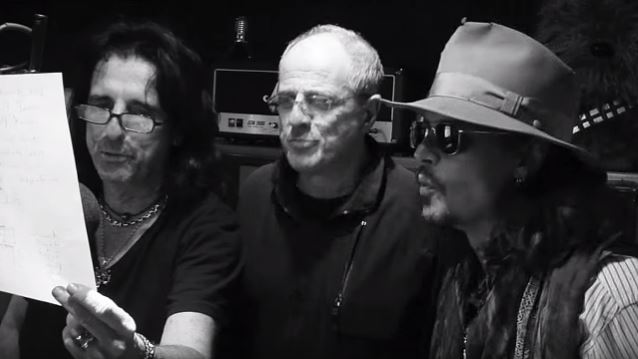 The HOLLYWOOD VAMPIRES debut album will be released on September 11. The self-titled set, which was produced by Bob Ezrin, features appearances by Paul McCartney, Brian Johnson, Joe Walsh, Zak Starkey, Perry Farrell, Dave Grohl, Slash, Robbie Krieger, and Kip Winger, among others. All artist proceeds will be donated to MusiCares.

The project is a salute to Cooper's hard partying L.A. crew in 1973/1974, which included Keith Moon, John Lennon, Ringo Starr, Harry Nilsson, and Micky Dolenz, among others. A plank of wood featuring the legendary musicians’ signature is immortalized at Hollywood's Rainbow Bar & Grill in the club's upper level, known as "Over The Rainbow."

In addition to new material, classics covered by the band includes THE WHO's "My Generation", BADFINGER's "Come And Get It", LED ZEPPELIN's "Whole Lotta Love", a medley of THE DOORS' "Five To One/Break On Through", John Lennon's "Cold Turkey", T. REX's "Jeepster", THE SMALL FACES' "Itchycoo Park" and Jimi Hendrix's "Manic Depression", among others.

Elton John lyricist Bernie Taupin wrote the album's liner notes and stated: "I'm not here to defend their vices. Over-indulgence of any sort does not ultimately constitute for a healthy mind and body. And while on the periphery of those involved, wives may have come and gone, career choices may have been deemed dubious, and heartbreak in some cases stalked a dark corridor, but in the lair of the Hollywood Vampires only joy and laughter reigned."

He went on to say: "I’m not completely sure what constituted bad behavior back then, but in this lair it existed in a bubble, a hermetically sealed dome of fun. It may not have been the round table at the Algonquin, but these were witty, intelligent guys who often got raucous and loud, but rest assured there were no bystanders or animals hurt in the making of the Hollywood Vampires." 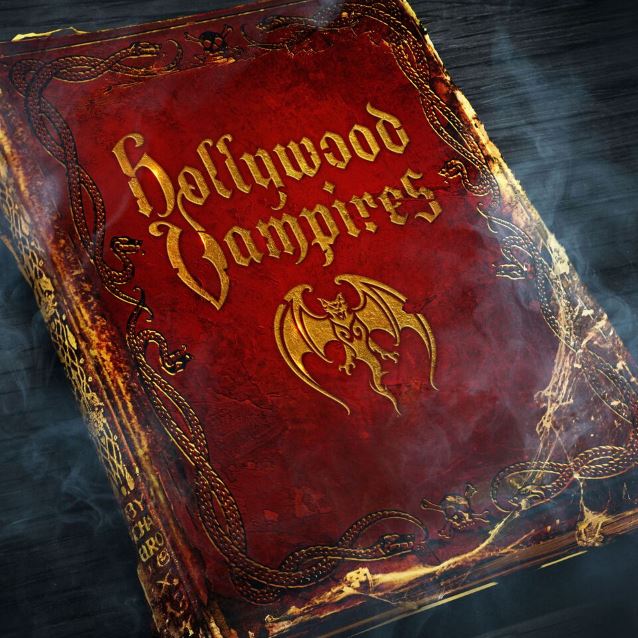