HOLLYWOOD UNDEAD will release its fifth full-length album, "V" (Five), on October 27. The music video for the disc's first single, "California Dreaming", can be seen below. Powered by neck-snapping guitars and fast and furious bars, the song cycles between guttural rapping and quick quips. Everything culminates on the choral chant "We never sleep, in California we're dreaming."

"It dissects both sides of California," HOLLYWOOD UNDEAD's J-Dog reveals. "You've got the glitz, glamour, sun, and surf. Then, you've got the super-fucked side of people not being able to afford rent, celebrities being assholes, and that fake façade.

"We wanted to do a heavy song with a RED HOT CHILI PEPPERS-esque chorus. It's an old school vibe explored in a new way."

"We're five brothers, and this is our fifth record," affirms Johnny 3 Tears. "Nothing gets to the essence of the music like this number does. Numerology has a lot of power. When we said 'Five', it just made sense. The fact that we could all agree on one word codifies who we are. It also nods back to 'No. 5' from our first album, because it was our fifth song. Moreover, it hints at this secret society of fans supporting us for the past decade. The number is significant, and this is a significant moment for us."

HOLLYWOOD UNDEAD has also announced a new set of dates in support of "V", which will begin on September 30 at the Louder Than Life festival. Tickets and VIP Packages for all shows go on sale this Friday, July 28 at 10 a.m. local in each city. For all U.S. headline shows, BUTCHER BABIES will serve as direct support. 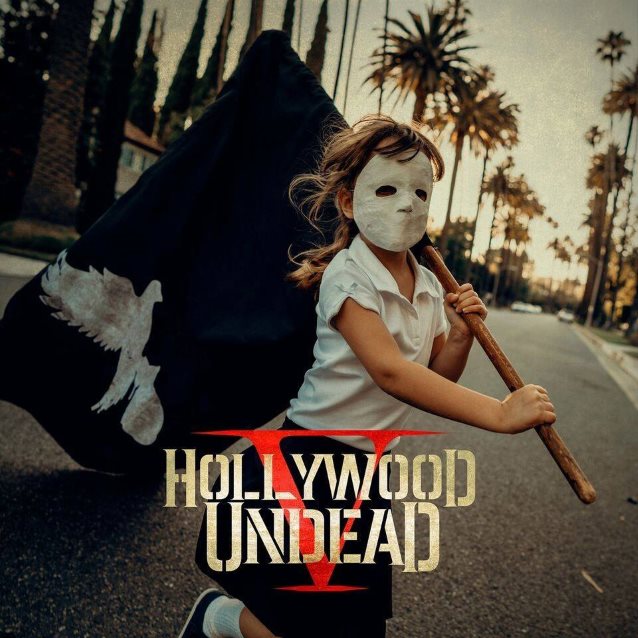