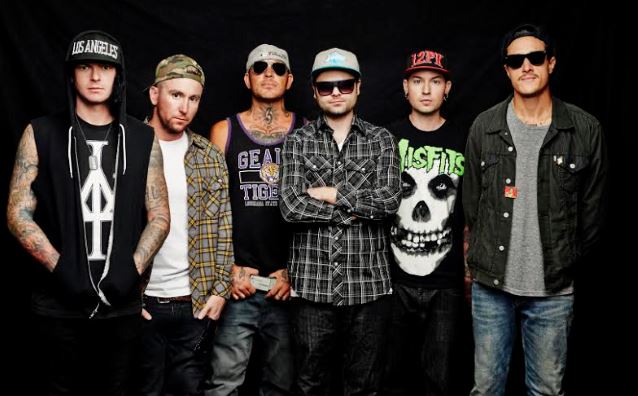 Los Angeles-based hip-hop/metal veterans HOLLYWOOD UNDEAD will release their new studio album, "Day Of The Dead", on March 31 via Interscope. The follow-up to 2013's "Notes From The Underground" features the current single and title track, "Day Of The Dead".

Leading up to the new CD's release, HOLLYWOOD UNDEAD will unveil five new tracks from the album, beginning with "Usual Suspects" on February 17.

To celebrate the release of "Day Of The Dead", HOLLYWOOD UNDEAD will hit the road for a special U.S. album-release tour where fans will be treated to shows in small venues.

Tickets go on sale February 11 and the band is offering a digital delivery of the new album (on March 31) and the six tracks (prior to March 31) to fans that purchase a ticket.