Commented guitarist Lord Necron: "The recording process with Stuart 'BatLord' Laurence (THORNSPAWN, AVERSE SEFIRA) is going very well with the new album. We have completed all major tracking. This recording so far is really heavy. You really feel the crunch in the guitars and pounding of the kick drums. All we have left is the vocals and then the final mix down. Prepare to have you neck ripped from your body trying to headbang to those blast beats!"

HOD recently made its "You Cry And Piss Yourself" demo available via Rhapsody.com and Amazon.com. HOD licensed the demo to Metalhit.com so people would have easier access to a copy. 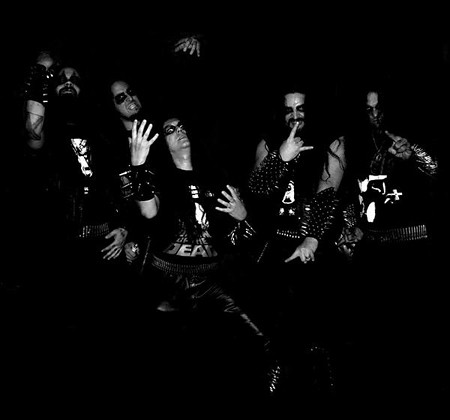