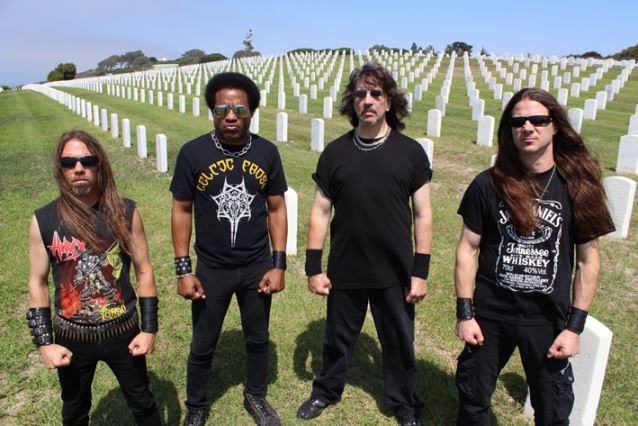 "Hellion Rising" was produced by Bill Metoyer (SLAYER, ARMORED SAINT, W.A.S.P., SACRED REICH) and recorded at Skull Seven Studio in North Hollywood. This four-minute thrash attack with a cover drawn by Maggot Meister (All Things Rotten) will give you the first hint what you can expect from HIRAX's new studio album, "Immortal Legacy", which will be released on March 4, 2014 (February 24 in Europe) via SPV/Steamhammer.

"Immortal Legacy" contains "14 new raging thrash metal songs that will make you bang your head," according to HIRAX singer Katon W. De Pena. He adds: "This is our most epic-sounding record to date, sonically powerful and over the top." The CD features guest appearances by Jim Durkin (DARK ANGEL), Juan Garcia (AGENT STEEL, EVILDEAD) and Rocky George (SUICIDAL TENDENCIES, FISHBONE).

Philip Lawvere, the artist behind such classic album covers as KREATOR's "Pleasure To Kill" and CELTIC FROST's "Emperor's Return", designed the "Immortal Legacy" cover. Lawvere had done stunning illustrations for numerous albums and is best known for a slew of thrash metal offerings released on Noise Records. 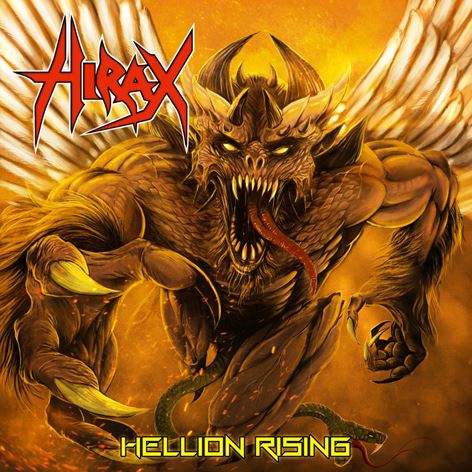 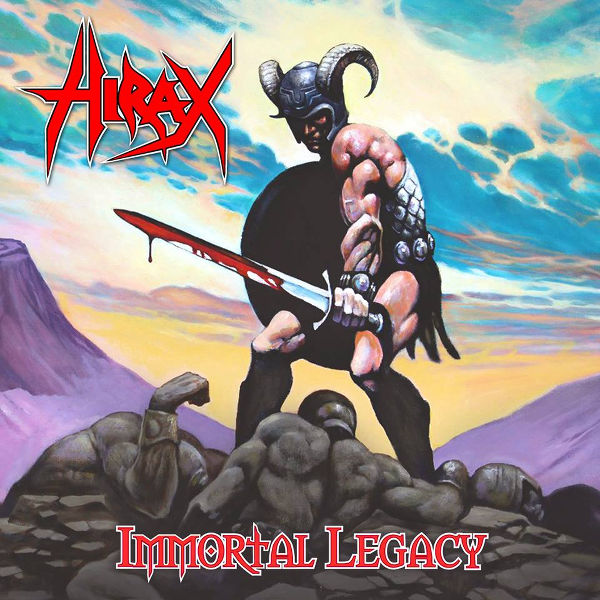