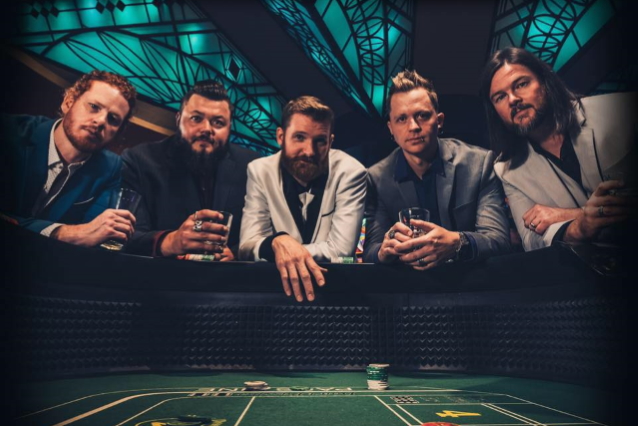 HINDER will hit the road to celebrate the 15th anniversary of its debut album, "Extreme Behavior", playing the LP live in its entirety for the first time ever. "Extreme Behavior" reached No. 6 on the Billboard 200 and No. 2 on the Top Rock Albums chart and second single "Lips Of An Angel" became one of the biggest songs of the year, reaching the Top 10 across several Billboard singles charts, including No. 1 at Top 40 and Pop 100. "Extreme Behavior" has since been certified three times platinum.

Said drummer Cody Hanson: "It's a strange feeling to think that our first major label album came out 15 years ago.

"This tour is going to be the first time that we’ve played some these songs since 2005.

"Going back through the catalogue brings back so many memories of where we were when each song was written. I can't wait to see how people react to each song at the shows!"

Tickets for the tour go on sale Friday, February 28.

HINDER most recently released its cover of the EAGLES classic "Life In The Fast Lane". The band is working on new material and will head into the studio later this year. Release plans for HINDER's seventh studio album will be announced soon. The set will follow 2017's "The Reign" and will be the first they do completely on their own terms.

Hanson explains: "We're excited about releasing the next album, but in a different way than usual. We've never had the opportunity before to completely control every aspect of the creative process until now. We've worked really hard to get to this point and we can't wait to share the outcome with our fans." 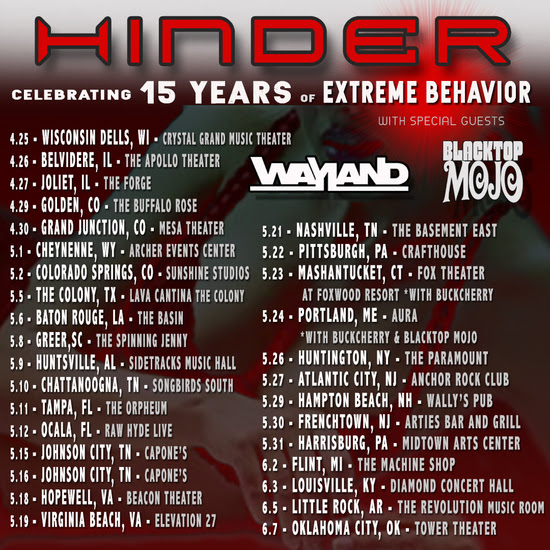