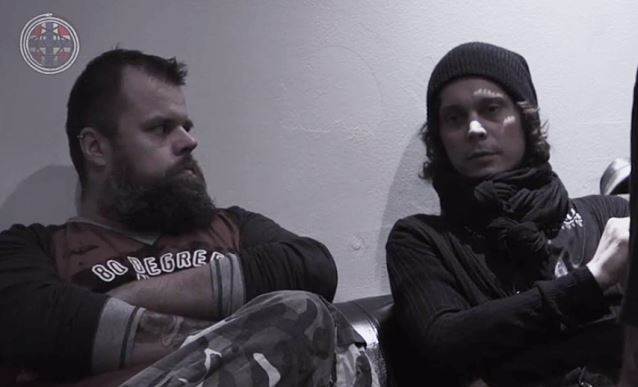 HIM's Norwegian street team and fan club, HIM Norway, conducted an interview with vocalist Ville Valo and bassist Mige (a.k.a. Mikko Henrik Julius Paananen) of Finnish "love" metallers HIM backstage at La Bataclan in Paris on October 19. You can now watch the chat below.