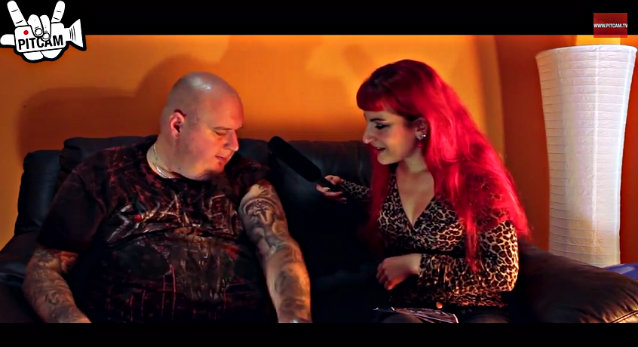 On October 7, drummer Mika Kristian Karppinen (a.k.a. Gas Lipstick) of Finnish "love" metallers HIM talked about some of his tattoos for PitCam TV's "Behind The Ink" segment at Huxley's Neue Welt in Berlin, Germany. The clip can be viewed below.