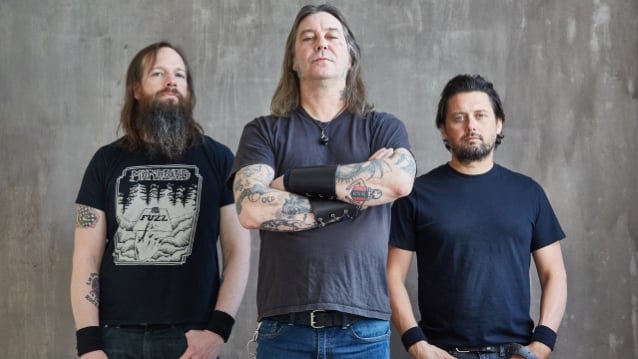 California heavy rockers HIGH ON FIRE have announced a North American tour for January and February 2019 in continued support of their new LP which was released last month. These dates will be the first time the band has played live since the cancelation of their tour with MUNICIPAL WASTE earlier this year due to the partial amputation of frontman Matt Pike's toe.

Additionally, HIGH ON FIRE will perform at the 2019 edition of Psycho Las Vegas, set to take place August 16-18, 2019 in Las Vegas at Mandalay Bay Resort.

"Electric Messiah" reunites HIGH ON FIRE with producer Kurt Ballou (CONVERGE, TORCHE, KVELERTAK) for the third time. "Kurt just has a knack for us, man," Pike says. "We all work really well with him. Even if we have differences about how we want to record something, he works with us and understands what we do. We've been sticking with him because we haven't made a bad record with him yet."

It feels absurd to think that this late into their career HIGH ON FIRE has hit a new career peak, but that's what happens when you have a trio that works this well together. For all of Ballou's sonic wizardry, "Electric Messiah" is all about the evolution of Pike, Des Kensel and Jeff Matz.

"This band keeps evolving," Pike enthuses. "This is by far the best record I've ever made with the HIGH ON FIRE stamp. It just keeps getting better and better. We just try to outdo ourselves. I'm not saying the old work is progressively worse, it's just that we get better every time instead of burning out, which is a common finality for a lot of bands. This album is fucking excellent. I just love everything on it; I'm not bummed about anything. It's great when you think that about your record."

Explaining the inspiration behind the title of HIGH ON FIRE's new album, Pike said: "I had a dream about Lemmy. When Lemmy was still alive, I always got compared to Lemmy, so I had this dream where he got pissed at me. He gave me a bunch of shit, basically, and was hazing me. Not that he didn't approve of me, but like I was being hazed. The song is me telling the world that I could never fill Lemmy's shoes because Lemmy's Lemmy. I wanted to pay homage to him in a great way. And it turned out to be such a good title that the guys said we should call the album 'Electric Messiah'." 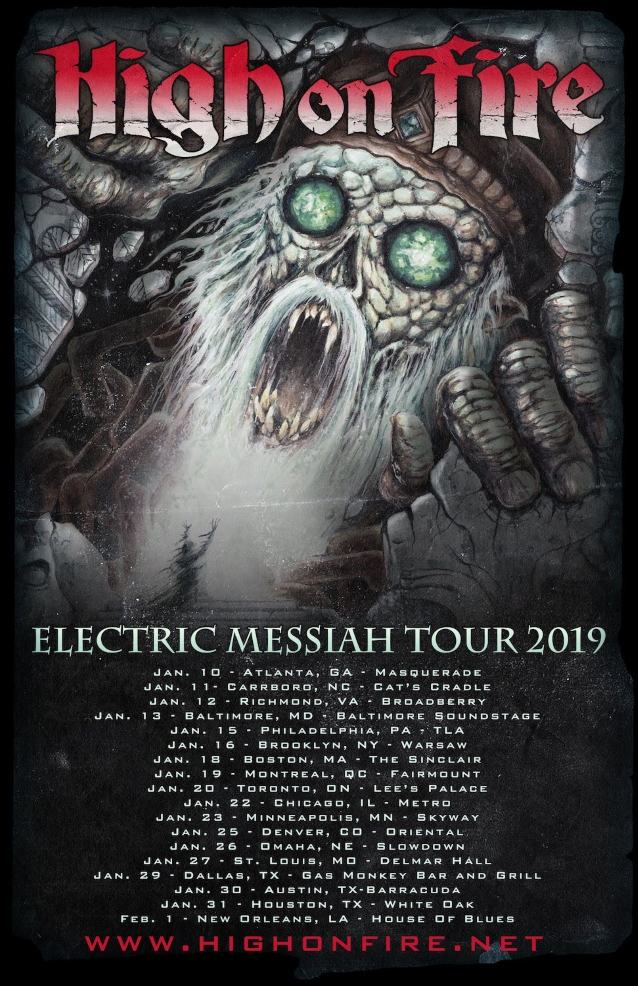