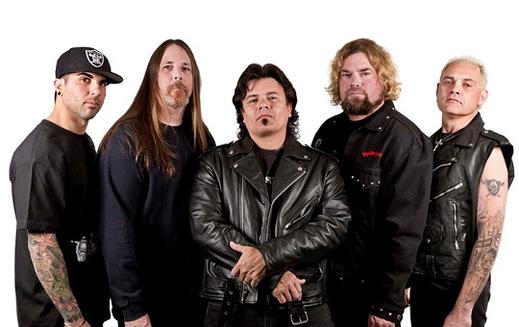 Think "first wave of thrash metal," and what has been come to be known as the "Big Four" immediately come to mind — METALLICA, SLAYER, ANTHRAX and MEGADETH. But that's not to say that there weren't other bands from the era that lent a hand in the trailblazing of the genre — especially HERETIC. And now, fans can hear what the band was all about on a recently released box set, "From the Vault…Tortured and Broken", via Metal Blade Records.

Collecting a pair of classic early releases from the band and expanding them with extra tracks (the 1986 EP "Torture Knows No Boundary" and the 1988 full-length "Breaking Point"), "From The Vault" also includes a DVD comprised of two vintage live performances (the Country Club from 1985 and Jezebels in 1986 — the latter recorded while supporting MEGADETH) and a bonus video clip (for the track "Let 'Em Bleed").

Hailing from Los Angeles, the band was founded by guitarist Brian Korban in 1985. Including singer Mike Howe in their ranks from 1986-1988 (before he would go on to join METAL CHURCH for a trio of releases), HERETIC quickly found themselves in the midst of a musical movement that would take the world by storm. "HERETIC opened for so many great bands back in the '80s," recalls Korban. "METALLICA, SAXON, MOTÖRHEAD, THE PLASMATICS, MEGADETH, ARMORED SAINT, RIOT, LIZZY BORDEN, to name a few. I think opening for METALLICA, and winning their crowd over was one of my fondest memories. During our first song, the crowd was chanting 'METALLICA!' louder than we we're playing live. But by the third song, we had their full attention."

It wasn't long before HERETIC was penning hard-hitting thrash tunes, including a pair that sticks out as favorites for the guitarist. "My personal favorites are 'Betrayed' and 'The Search'. 'Betrayed' because it really spotlights every member of the new lineup, and it's fun to play live. 'The Search' is a song I'm proud of for its lyrics. Pretty heavy thought for a young songwriter. They still ring true with all the crazy things going on in the world today."

As Korban stated, there is a new HERETIC lineup, which is comprised of Brian, as well as singer Julian Mendez (who sang with the band in 1986), second guitarist Glenn Rogers, bassist Angelo Espino, and drummer Ignazio Coppola. "We plan to keep recording new music, and play as much as we can," says Rogers. "We want to grow the band and bring it to its rightful place in the world of heavy metal."

Looking back, Mendez explains why he feels Heretic was overlooked by many the first time around. "I think because there were too many lineup changes, and by the time HERETIC was recognized as a national act, the lineup changed again and the grunge scene came into play. Literally killing the scene." But with the band resuscitated in 2011 (after going their separate ways in 1988) and issuing a strong comeback album ("A Time of Crisis") and video ("Blood Will Tell"), HERETIC has big time goals set for the future, according to Espino — "New record, bigger and better shows, world domination!" 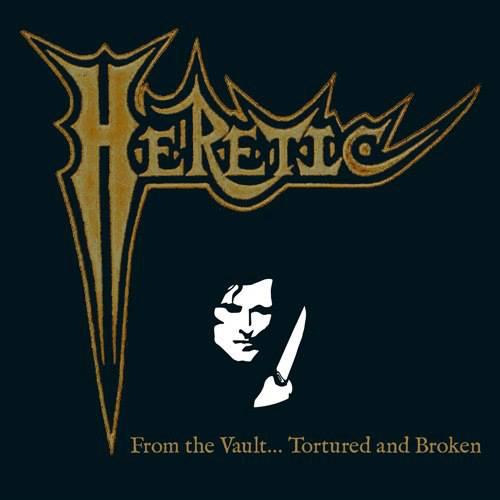