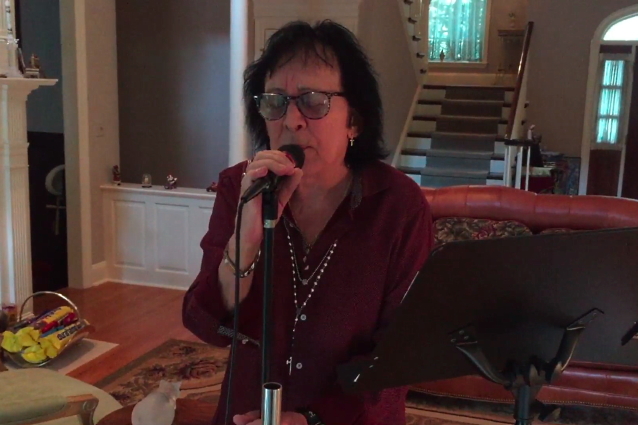 Original KISS drummer Peter Criss has released a video of him singing the song "Don't You Let Me Down" from his 1978 self-titled solo record.

Criss uploaded the video to Vimeo, writing in an accompanying message: "My friend and a longtime fan Mark stopped by my house to help me out with a few things and while he was here. He asked if I would sing for him one of his favorite songs from my 1978 solo record ('Don't You Let Me Down'). So here I am singing live along with my solo record. He wanted to share his exciting moment with all of you other fans and asked if I could post it on my site for you to see. He was so excited he was shaking. Hope you all enjoy it as well. We did. It was fun!!!"

"Don't You Let Me Down" was originally written in 1971 for Criss's pre-KISS band LIPS.