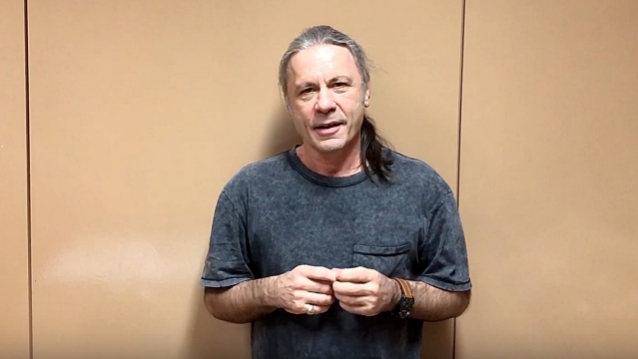 IRON MAIDEN frontman Bruce Dickinson will perform on November 21 and November 22 at the Palais Montcalm in Quebec City, Quebec, Canada as part of the 50th-anniversary celebration of late DEEP PURPLE keyboardist Jon Lord's "Concerto For Group And Orchestra". Also scheduled to appear are conductor Paul Mann, a close friend of Jon's, the Quebec Symphony Orchestra (QSQ), and the PAUL DESLAURIERS BAND.

A photo of Dickinson rehearsing for this week's shows on Tuesday (November 19) with the Quebec Symphony Orchestra can be seen below.

Dickinson said: "It's a great honor to participate in the 50th anniversary of the 'Concerto For Group And Orchestra'. When Paul Mann contacted me about the Quebec event, I said yes immediately.

"[I] am looking forward to seeing everyone at this very special commemorative evening."

After the November 21 concert went on sale in April, it sold out immediately and a second show was added. 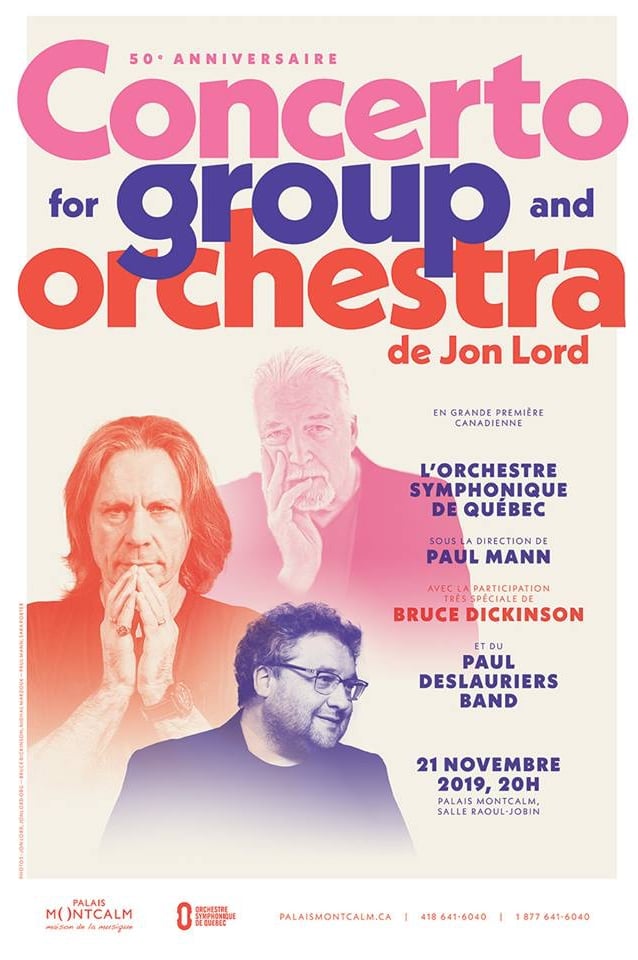