"Pain Will Be Thy Name", the new video from reactivated Texas heavy metal legends HELSTAR, can be viewed below. The song comes off the band's new album, "The King of Hell", which will receive a North American release on January 13 via Locomotive Records. The CD was issued in Europe on September 26, 2008 on AFM Records.

HELSTAR held an exclusive "The King of Hell" listening party for select south Texas fans on August 2, 2008 in Houston at the Jet Lounge. The band played the CD in its entirety and also rewarded attending fans with a variety of autographed memorabilia, including a distribution of the entire lyrics and credits for "The King of Hell".

HELSTAR vocalist James Rivera was interviewed by "Whiplash", a weekly metal show on Belgian national radio Studio Brussel, hosted by AFTER ALL guitarist Dries Van Damme. Listen to the chat in streaming audio at this location. 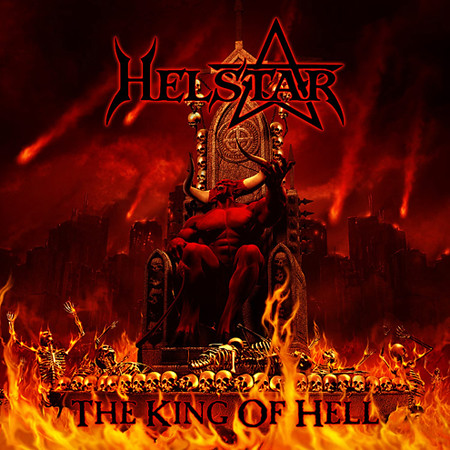