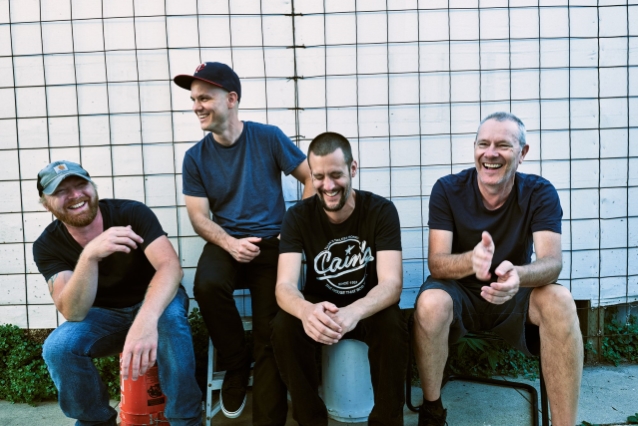 HELMET will celebrate its 30th anniversary by embarking on a European tour this fall. That 30-city trek will see the band perform a 30-song set each night with no openers.

Band leader Page Hamilton said: "The day John, Peter and I auditioned Henry is the day I consider to be the beginning of HELMET. The year was 1989 and I think the month was May. I love playing this music more than ever with my current bandmates Kyle, Dan and Dave. To celebrate 30 years of recording and touring, we decided to play 30 songs a night in 30 cities in Europe and 30 more cities in the USA. We hope to see you all there."

On sale now at http://bit.ly/2ZNNbwN