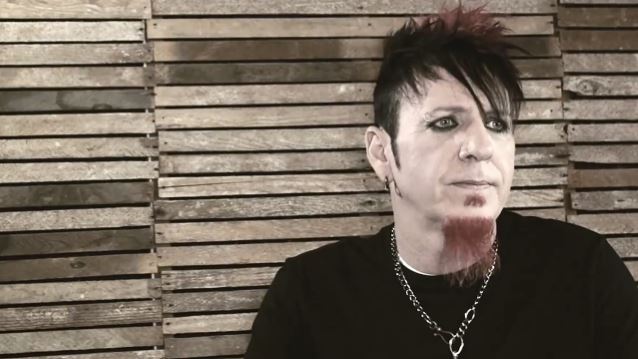 HELLYEAH released a new single called "Hush" in March in conjunction with the arrival of "No More Week." The song's lyrics, written by singer Chad Gray, delve into his personal experience growing up in a home with domestic violence, with the aim of shedding light on a hidden subject and letting other survivors know that they are not alone.

Video footage of Gray talking about "Hush" and the No More movement can be seen below.

"Hush" is the third single taken from HELLYEAH's latest album, "Blood For Blood". The previous ones were the title track and the Top 10 rock hit "Moth".

HELLYEAH recently wrapped up a U.S. headlining tour that featured a national blood drive in cooperation with the Red Cross.

The band will hit the road for a new round of dates starting on April 17 in Socorro, Texas. Many of the shows will be with GODSMACK.

Created by the No More movement, "No More Week" is designed to increase awareness of issues of domestic violence and galvanize more communities, organizations and corporations to make them a priority.

Advocates equipped with free education and awareness tools will host more than 50 "No More Week" events around the nation, including fundraisers, sporting events, workshops, screenings and other activities.

No More was launched in 2013 with the support of nearly every domestic violence and sexual assault prevention organization in the country.