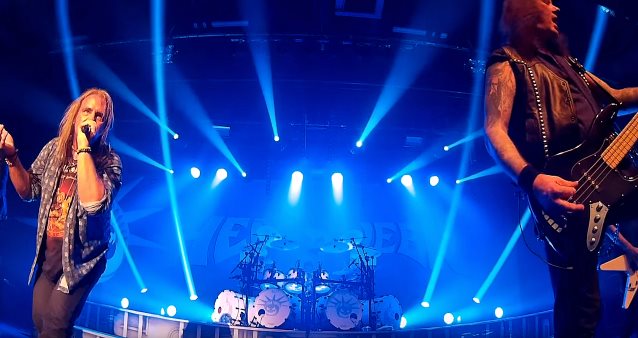 "Heroes", the new performance video from German power metallers HELLOWEEN, can be seen below. The song is taken from the band's 15th studio album, "My God-Given Right", which was released in May 2015 via Nuclear Blast. The CD was recorded between October 2014 and February 2015 at the band's MiSueno Studio on the isle of Tenerife with producer Charlie Bauerfeind (GOTTHARD, HAMMERFALL).

HELLOWEEN will return to North America to play select shows in February and March.