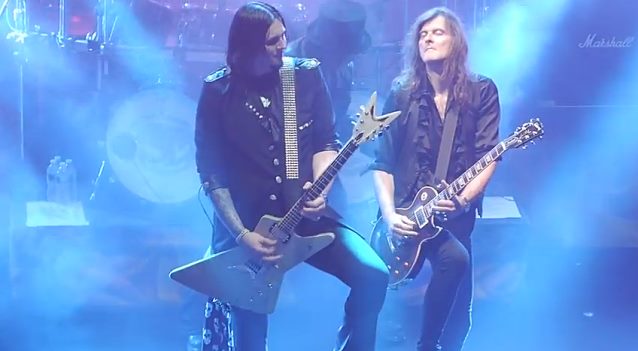 Quality fan-filmed video footage of HELLOWEEN's September 23 concert at Stage 48 in New York City can be seen below.

HELLOWEEN is currently taking part in a 10-date North American tour. The band is travelling across the U.S. and Canada, bringing its power hooks and catchy melodies to fans who have yearned to see them since their 2008 tour with GAMMA RAY.

"Straight Out Of Hell" was released in Europe on January 18 and in North America on January 22. The cover artwork for the CD was once again created by Martin Häusler, who previously worked with the band on the "7 Sinners" and "Gambling With The Devil" CDs.

"Straight Out Of Hell" was produced by Charlie Bauerfeind, who also worked on "7 Sinners", and sees the five musicians maintaining a rawer edge throughout, working quickly in the studio (MiSueno Studio in Tenerife) and delivering 13 brand new compositions that, in the words of founding member, guitarist Michael Weikath, will "kick even the laziest listener's ass!" 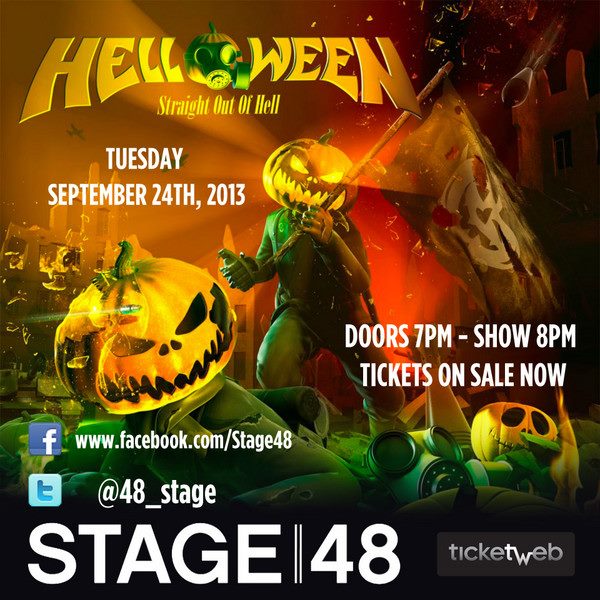