Sweden's HELLFUELED is currently mixing its fourth album with producer Rikard Löfgren (DEATHSTARS, SPARZANZA) for an early 2009 release. Twelve new songs, including one instrumental, were recorded over a seven-week period at Leon Music studios.

Commented the band: "Producer Rikard Löfgren feels totally right for us and we are working as a team on making some new arrengements and stuff on the songs. It almost feels like recording the first album again now with a new producer and studio. This is good!" 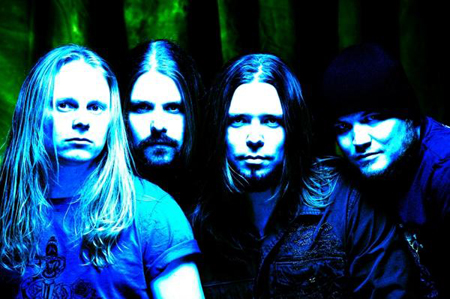