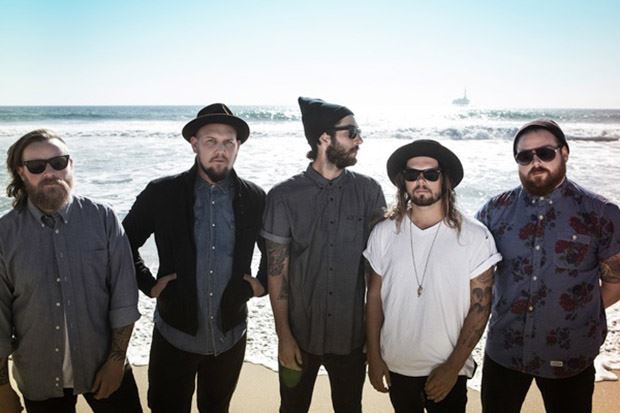 HELL OR HIGHWATER, the rock band featuring ATREYU drummer/vocalist Brandon Saller on lead vocals, has signed to Search & Destroy/Spinefarm Records. They will release their new album, "Vista", later in the year.

"We're so incredibly excited to be a part of the Spinefarm/Search & Destroy family. We've been crafting this album for two years and can't wait to share it with the world," Saller enthused.

Since its inception, HELL OR HIGHWATER has earned comparisons to acts like FOO FIGHTERS and MUSE, thanks to the band's knack for crafting unforgettable and uplifting rock songs.

HELL OR HIGHWATER honed their live chops by securing a spot on the Uproar tour in 2013 and also toured the world with the likes of AVENGED SEVENFOLD, whose frontman M. Shadows contributed vocals on the song "Go Alone", as well as STONE SOUR and THE USED.

They've survived van wrecks and lineup changes but they've emerged stronger than ever and are eager to start their next chapter and deliver new material to fans.

HELL OR HIGHWATER resurfaced last year with a new song and video for "I'll Be Waiting", which you can watch below.