Commented Kelly: "A childhood dream came true for me last week...I was asked to play in one of my all time favourite bands, HELIX! I'll be joining Brian [Vollmer, vocals] and the lads for a number of amazing dates, laying down the bottom end groove on bass guitar...of course, CRASH KELLY will be going strong through 2009 as well, so I'm gonna be a very busy (but very happy) camper!"

AOR Heaven recently announced that it has secured the licensing rights to the as-yet-untitled new studio album from HELIX for the European territory.

HELIX has been active in the past several years with several releases. The band's most recent collection of original material, "The Power of Rock and Roll", came out in 2007. Their latest CD, "A Heavy Mental Christmas", was made available in all Canadian Wal-Mart stores this past November and received airplay worldwide. The CD also received great reviews from the critics.

"We expect this CD to be a continuation of those two CDs", says producer/co-writer Gord Prior. "The knowledge we gained from working on those two discs is going to make this one a much more cohesive effort, even though we thought those two discs were some of the best ever released by the band. We already have the material written — it's a matter now of tightening up the loose ends and going into the studio and recording it."

The recording process for the new album will begin within the next couple of weeks. The band expects to have the CD finished by fall of this year. Also included on the LP will be a cover of the AC/DC classic "It's a Long Way To The Top If You Wanna Rock And Roll" featuring the "No Rest For The Wicked"-era (1983) lineup of HELIX — Brian Vollmer on vocals, Brent Doerner on guitar, Mike Uzilac on bass, and Greg "Fritz" Hinz on drums. The track, which will also appear on an AC/DC tribute CD being released through Perris Records, was engineered by Aaron McMurray and features a guest appearance by THE MUDMEN and Steve Georgakopoulos, who played on the last two HELIX CDs. 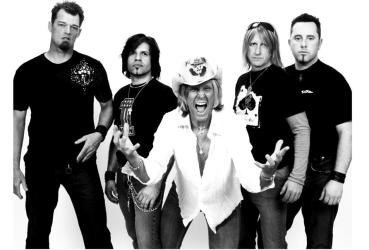