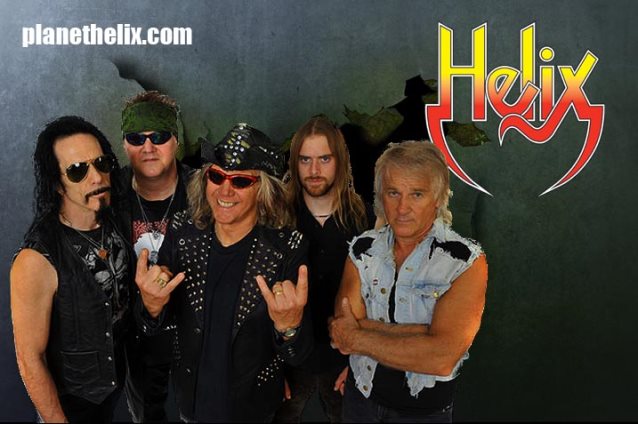 Canadian rockers HELIX have set "Bastard Of The Blues" as the title of their new album, tentatively due in March. Vocalist Brian Vollmer states: "The CD will follow in the vein of 'Vagabond Bones' and 'Skin In The Game'; in fact, I'm thinking of putting that song on this new disc, seeing as 'Skin In The Game' was really only a five-song EP."

He adds: "Anyway, I'm getting very excited about putting out new material. That's why I do this thing called the music biz."

HELIX in 2011 released the "Skin In The Game" EP. The CD was mixed by Aaron Murray and was mastered at Carvello Mastering in Toronto, Ontario. The artwork was once again created by Babyjack Design, who previously worked with the band on the "Vagabond Bones" and "Smash Hits Unplugged" releases.