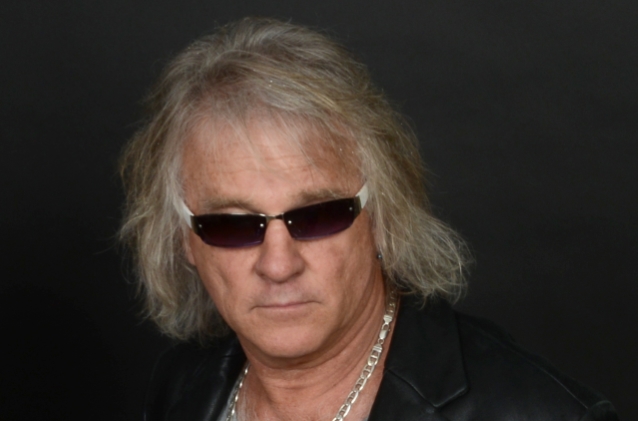 HELIX drummer Greg "Fritz" Hinz will rejoin his bandmates for their upcoming Canadian shows in early June. The concerts will mark his first appearances with the group since he sustained serious injuries in a November 2018 fall.

Earlier today, HELIX singer Brian Vollmer issued the following update on Hinz's condition: "I just got off the phone with Fritz and here's the scoop! He is progressing well in his recovery and we are expecting him to be back in the saddle in June. Fritz and [his girlfriend] Tracey would like to thank you all for you love, support and donations through this difficult time. YOU ROCK."

Fritz was injured after going out to the front of his home to fix some shingles on the roof. When his girlfriend's sister went out to check on him, he was laying on the front lawn, having fallen from the roof. He had a seizure on the front lawn and then another on the way to the hospital in Hamilton, Ontario, Canada.

A GoFundMe page has been launched by to help relieve the stress of having to pay Fritz's bills.