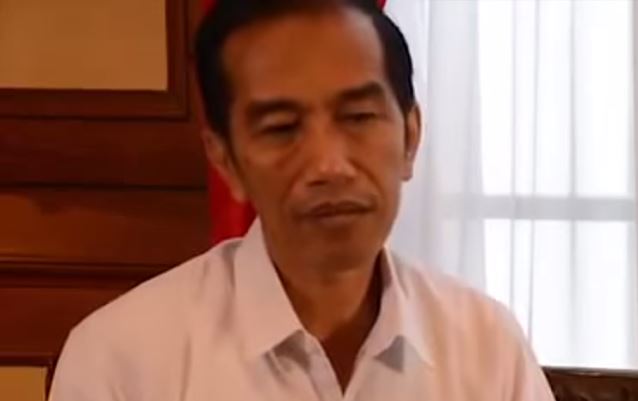 Jakarta Governor Joko "Jokowi" Widodo, who has professed love for heavy metal bands like METALLICA, MEGADETH, LAMB OF GOD and NAPALM DEATH, has been declared the winner of Indonesia's presidential election after receiving 53.13 percent of the vote. He is expected to be inaugurated on October 20.

Upon hearing the news, LAMB OF GOD singer Randy Blythe took to his Instagram account to express his joy: "Incredibly, ladies and gentlemen, the new President of Indonesia is a metalhead AND a LAMB OF GOD fan. No, this is not a joke, yes the photos are real, yes, he digs NAPALM DEATH, METALLICA, MEGADETH and LAMB OF GOD, amongst others.

"Joko 'Jokowi' Widodo, the governor of Jakarta and former furniture salesman who was born into poverty, has won the election.

"I do not know much at all about Indonesian politics, so I can’t comment of their political situation one way or the other, but from what I can tell, Jokowi seems to be a man of the people.

"Wow. A metalhead president — who would have thought? AMAZING. I mean, can you IMAGINE it? This is THE ONLY PRESIDENT IN THE WORLD with whom you can sit down and argue about which SLAYER record is the best. Holy crap, it's too much!

"I want the Prez to take me on a diplomatic surf summit to Bali. Maybe I can get ambassadorial status."

The 53-year-old Widodo, who has served as governor of Jakarta since 2012, attended METALLICA's August 2013 concert in the city — 25 years to the day after the release of the band's fourth album, "…And Justice For All", and more than 20 years after their tumultuous first show in Indonesia.

"I am happy and satisfied with the concert," Widodo said after the performance. "No one got out of control last night. We showed them that Jakarta citizens are all dignified. We could rock the night away in an orderly fashion."