General Electric helps power the brilliant machines that run New York City, such as those at the Ravenswood plant in Queens which produces a fifth of the power needed to run the city. New York City, in turn, becomes a grid powering everything from our computers to the music at our favorite concert.

Hailing from Germany, COMPRESSORHEAD is comprised of three 5-foot-tall humanoids; Stickboy on drums, Bones on bass, and Fingers as lead/rhythm. All are built out of scrap metal, with movement made possible by electro pneumatics and music controlled via Midi.

The concert is part of GE's year-long Brilliant Machines campaign, a series of interactive programming that engages consumers on the story of the Industrial Internet how software and hardware are increasingly coming together to create a more brilliant future.

Free and open to the public, the event will also see GE providing charging stations to power attendees devices, and WiFi to power connectivity. During the concert, GE will allow people all over the city to keep rocking through a livestream feed that will run on Spotify. Additionally, the partnership with Spotify will encourage and reward online users to contribute to a curated playlist of 40-plus robotcentric songs.

In the days leading up to the performance, New York City will be covered in interactive posters, designed by BBDO NY and Bose Collins, which grant pedestrians the ability to plug in their headphones to get a musical taste of the show to come.

Andy Goldberg, GE's creative director remarks: "GE is reinventing what power can do through hardware fused with intelligent software, and the output will rock the world. A live band of robots shows how metal and data can come together to create entirely new possibilities, powering everyday things such as music in innovative ways. It's this idea of new possibility that drives GE's commitment to innovative solutions." 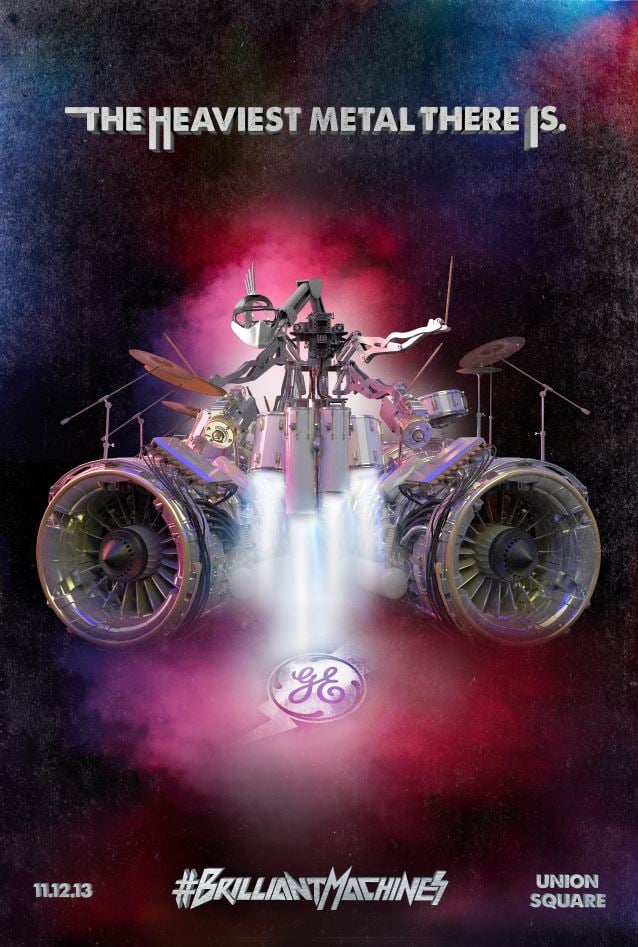